January 24, 2019 africa Comments Off on "Diabetes" claims the life of the Zimbabwean music icon Oliver Mtukudzi 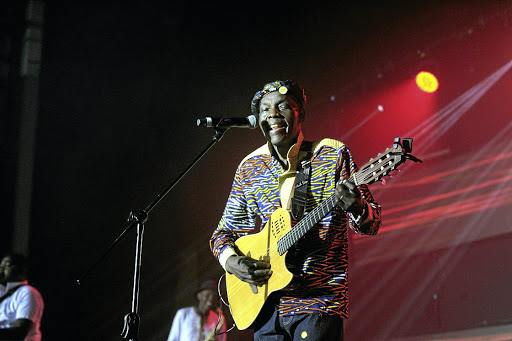 Legendary Zimbabwean musician Oliver "Tuku" Mtukudzi died at the age of 66, exactly one year after the death of his close friend Hugh Masekel.

Mtukudzi's recording company, Gallo Record Company, confirmed his death yesterday, but could not confirm the cause.

The Zimbabwean national daily Herald said a well-known musician was subject to a long fight against diabetes.

According to sources, Mtukudzi has been coming from hospital since December.

Carlos Morabe, director of marketing at Gallo, said yesterday: "We are not ready to issue an official statement because we would like to give the family a way to do it, just to respect the family and give them a chance to pick a family spokesperson."

Musician and friend Mtukudzi Yvonne Chaka Chaka said she was broken. "For him to go the same day as Hugh Masekell … it's so sad and unbelievable."

She remembered her last meeting at the first Jacaranda Music Festival in Harare last September.