November 22, 2020 argentina Comments Off on Russia has assured that its coronavirus vaccine will be cheaper than its competitors Pfizer and Moderna 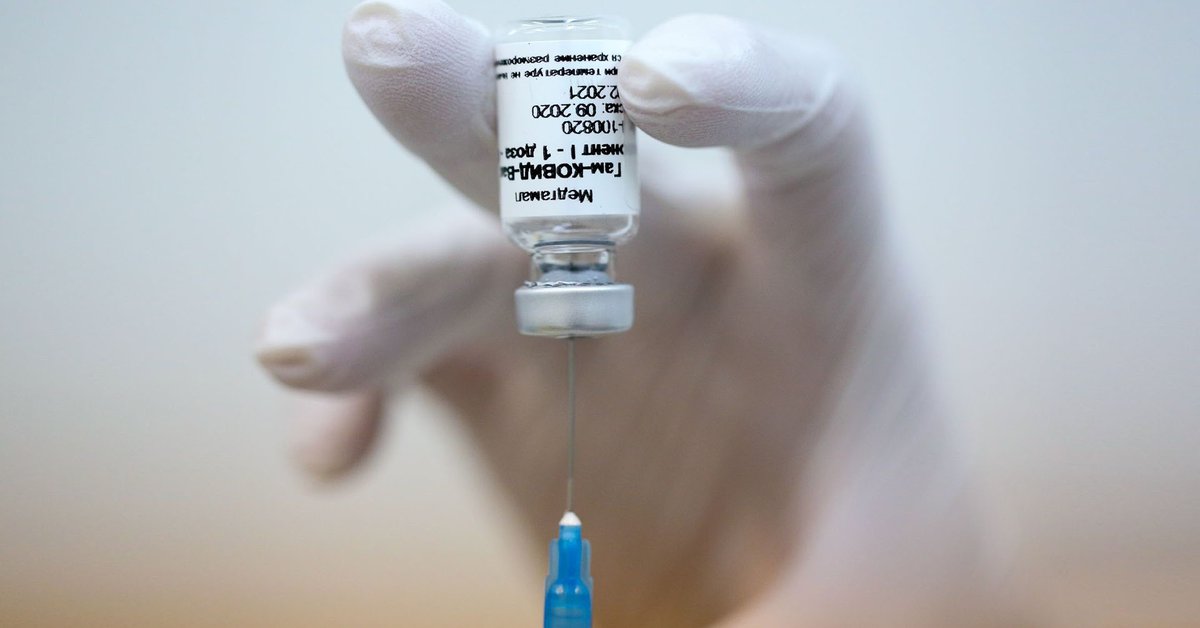 Those responsible for producing Russia’s Sputnik V coronavirus vaccine assured this Sunday that the price of the drug would be lower than its competitors Pfizer and Moderna. “Pfizer’s advertised price is $ 19.50 and Moderna’s price is between $ 25 and $ 37 per benefit, but in reality it costs $ 39 to $ 50 per person.”, explained in a report from their Twitter account, which was picked up by the Russian news agency Sputnik.

Because “Pfizer, Sputnik V and Moderna vaccines require two doses per person. The price of Sputnik V will be much lower, “they conclude in the report.

Hours in advance, Stéphane Bancel, CEO of Moderna, a US pharmaceutical company, has announced that the price of his product will be between $ 25 and $ 37 per dose., according to the commentary on “Welt am Sonntag”. “It’s a fair price, given the burden on the health system of every serious case of COVID-19.” For us, it’s not a question of profits, “the CEO assured before clarifying that the final price will depend on the volume of each specific contract.

Bancel added it For the rest of the year, Moderna plans to produce 20 million doses of vaccine and that a “small part” will be available to European countries this year. “We have nothing signed at the moment, but we are close to reaching an agreement with the European Commission.” We want to provide Europe (with a vaccine) and we are conducting constructive negotiations, “he revealed.

At what stage is Sputnik V? According to Denis Lugunov, the director of the Gamaleya Center and a member of the Russian Academy of Sciences, who leads a group of Russian vaccine developers, 20,000 people received the first dose and 14,000 people, the second: “Until we have the results of the research, we cannot estimate the long-term effect of the vaccine. We hope to have a long-term effect, but we will know in time.“.

“We observed the progress of our colleagues because we had a conference where those from Pfizer, Oxford, Sinopharm were present, that they all have the same principle: they are very similar and all manufacturers have reached phase III synchronously, they are all very similar but key the parameter excels which vaccine will be most effective. We will see this result in a very short time. Until we have results, we cannot talk about the advantages of one independent vaccine over another, “Lugunov emphasized.

The pandemic has forced scientists to experiment as soon as a new disease occurs. As a result, times accelerated. “No one knows how long the immunity will last, because we started this testing process four months ago. We have experience with Ebola and MERS, but we can’t take it as a parameter. At the end of the year, we will be able to have a checkpoint, because we will reach six months, “Lugunov warned.

As far as new adverse effects that have been observed in this new phase, Experts explained that they did not differ from the first stages: injection site pain, headache, fever, injection site redness, but there were no serious or moderate complications.

Artificially created, without any element of coronavirus in its composition, the vaccine is supplied in lyophilized form, i.e. as a powder which is mixed with an excipient to dissolve and then administered intramuscularly.

Sputnik V uses the human adenoviral technology of two different vectors, Ad5 and Ad26, for the first and second injections. And its greatest support was developed in 2015 for the treatment of Ebola, which underwent all phases of clinical trials and was used to overcome the disease epidemic in Africa in 2017.

The FDA has approved Regeneron treatment, which Trump used to fight covid-19