November 9, 2018 argentina Comments Off on The Church agreed to "gradual replacement of state contributions" – 11/09/2018 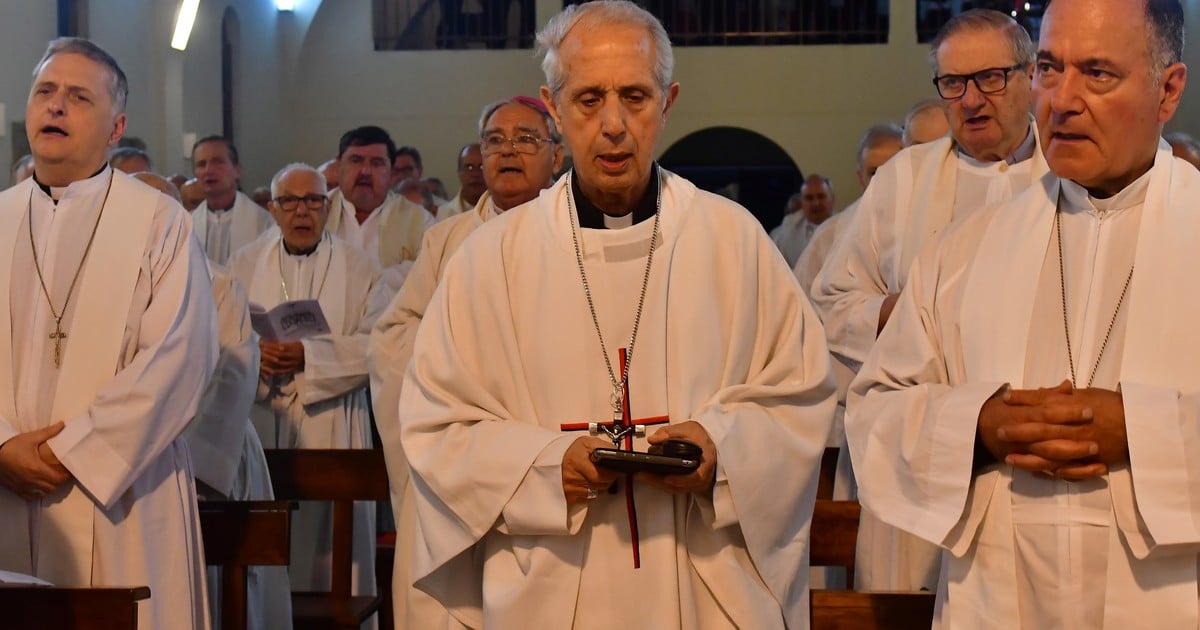 The Church agreed today " gradual replacement of state contributions alternatives based on community and believer's solidarity "and set up a commission to work on the creation of a solidarity fund and will continue the dialogue with the government to agree on" different alternatives that will facilitate "the modal shift to the other.

(CEA) at the end of five days of meeting of bishops from across the country who met in the sanctuary of El Ceneculo, de Pilar headed by the head of the body and Bishop of San Isidro, monsignor Oscar Ojea.

The status of the Church's highest organs in the country is in line with what Pope Francis said on Friday morning, claiming that "believers keep it."

Progress towards giving state support – enshrined in the national constitution – has gained strength in the midst of a debate on the legalization of abortions, where voices have been highlighted in favor of the "separation" of the Church and the state, which led to the creation of a government and episcopal commission for the study of the subject.

On the basis of Article 2 of the Constitution and the 1979 Order, the bishops receive a monthly allowance, which now reaches an average of 40,000 pesos, while border priests and minor seminarians receive little help. That is, for this year, the state's payment of only a little over 130 million pesos, about 7% of the budget of the Catholic Church, that is, 65 bishops in which the country is divided in the Episcopal.

This contribution remained in the storm's eye, but the Church strongly opposed it. Especially when, in one of his usual reports before the Chamber of Deputies, Chief of Staff Marcos Peña revealed the number of this post before ordering Carly Carrizo, from Evolución. For the bishops, it was the disruptive government maneuver, as well as the approval of the abortion project.

"The bishops gathered at the 116th Plenary Assembly confirmed their consent to the gradual replacement of state contributions (the allocation of bishops, scholarships for seminarians and border parishes), alternatives based on community and believers' solidarity, provided the spirit of the first Christian communities (Acts of the Apostles 2:44), "says a statement issued by CEA on Friday.

Similarly, the CEA informed that the Episcopal Commission was set up to "support the Church's evangelistic mission", working on "creating a solidarity fund and continuing the dialogue with the government, agreeing on various alternatives to facilitate such replacement".

In this way the Plenary Assembly of Bishops confirms a change in the existing worship service system, which the Church has been studying for a few months in a dialogue with the nation state for strict secrecy.

At the last meeting of the Standing Commission in August, the bishops received a report from a group composed of representatives of the government office, the ministry for worship and the CEA, which was in charge of analyzing alternatives to the current system.

It was agreed to continue to deepen these alternatives and to study the proposals with the "goal of gradually withdrawing from the tasks that the bishops receive from the nation state" as it was at that time.

In recent weeks, the Executive Committee of the Bishopric has summoned the treasuries of all Argentinean dioceses to analyze future changes in the system studied by a committee composed of Guillermo Carid's father, Hernán San Juan and accountant Oscar Gomez. , CEA.

In March, this question sparked an embarrassing debate when, at a time when the question of legalizing miscarriages began, Chief of Staff Marcos Peña reported in Congress that the budget allocated to the Catholic Church in 2018 would be 130 million pesos.