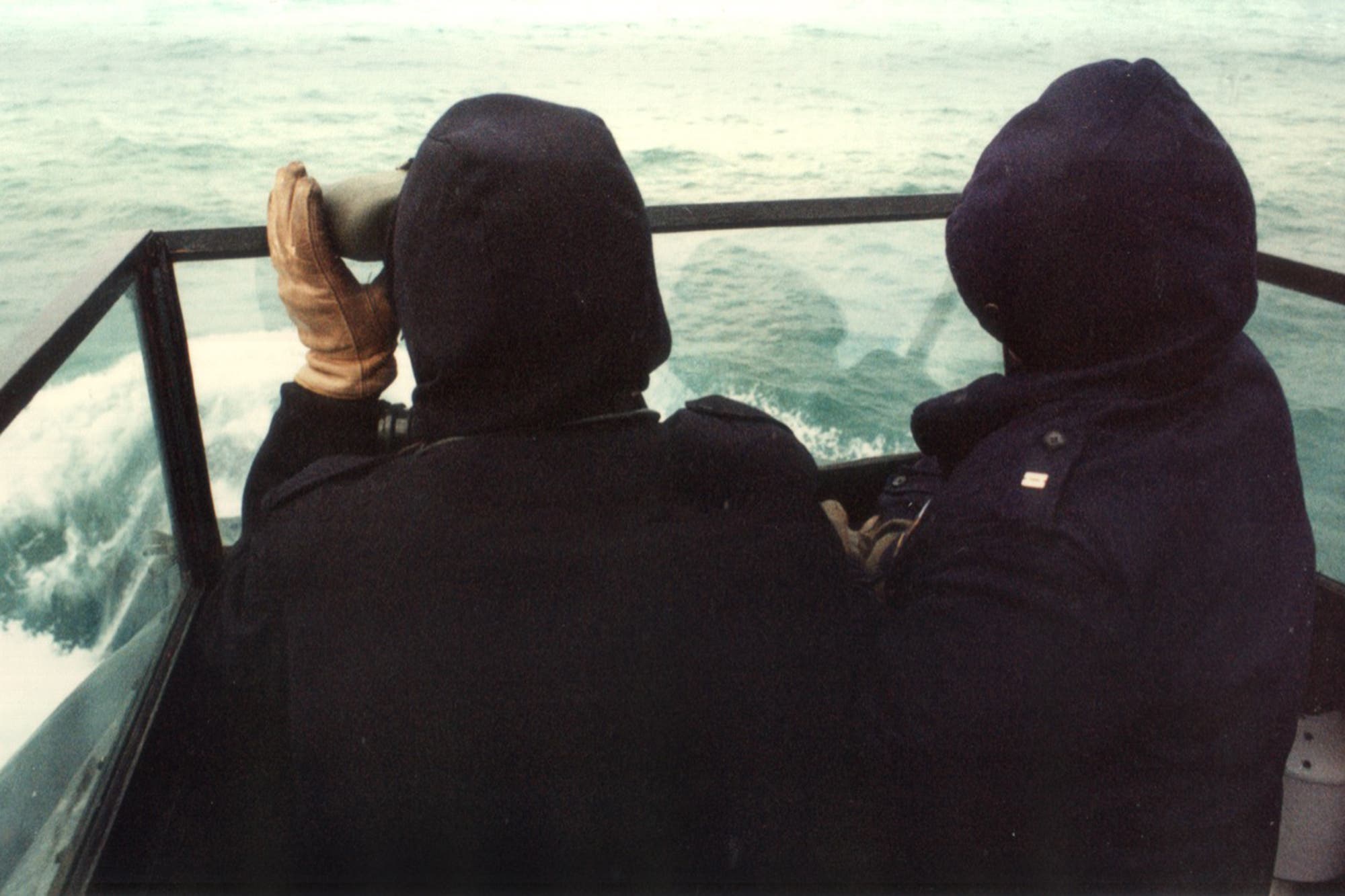 In the winter of 2000, three young filmmakers spent three full days inside the ARA San Juan submarine during a routine mission. It was the first and only time cameras could enter the ship and record footage for the documentary throughout.

This material was kept for ten and a half years and from 2014 it began to acquire a very slow form of film form and duration.Report of the sinking of a submarine that has shaken all of Argentina since it happened on November 15, 2017, And everything that happened later, when hope was lost of finding her 44 crew members alive, changed the perspective of one of these boys, now a respected producer and active member of one of the most original and interesting plants in the city. local film production, production company Cinema Pampero.

It was born from there Underwater night, hour and 12 minute document Alejo Moguillansky today it defines in many ways. “It’s nothing more and nothing less than a three-day submarine trip. He has a poetic will, a desire to record a trip and a desire to somehow write ARA San Juan in the history of cinema,” Moguillansky tells him. to LA NACION on the eve of the world premiere on the Kabinett platform, a streaming space where El Pampero Cine films can be seen, especially the monumental and magnificent La Flor.

Underwater night will only be available from Sunday to Thursday 10 December in the Cabinet and will then be abolished “until further notice”. The film begins with a dedication (“In memory of the 44 sailors aboard San Juan, the sons of Neptune, friends of those sailing under the sea”) and the statement that emerged, as in the entire film, from Moguillansky’s comments (as the narrator of almost everything that happens ) and Luciana Acuña.

In the beginning, in this statement, the one who is heard is the female voice. “That’s what’s left of the film. This movie will never exist. For various reasons. The main thing is that it revolves around the submarine. Rather, it happened inside the submarine. That submarine no longer exists. She disappeared one day. for another at the bottom of the sea, where he still is.

Moguillansky assumes directing, editing, screenplay (shared with Marian Llinás), vocal narration and direct sound in the final subtitles. There are two other directors, their companions from this adventure 20 years ago in ARA San Juan: Diego H. Flores (“he was the one who started the matter, studied at the Universidad del Cine and wanted to make a documentary about submarines, a subject that was for him passionate ”, says Moguillansky) and Fermín Villanueva.

Moguillansky clarifies this from the beginning the film provides no certainty about the submarine tragedy. “There is a lot of speculation, it is a very sensitive topic. And I don’t think the job of this movie is to go out and explain it. This is not a journalistic investigation. We are filmmakers, not journalists. And we were three young people who joined ARA 20 years ago and had an experience that left us marked. “

Moguillansky recalls that it all started when they were in Mar del Plata making a movie called Prisoner, some of them appear inside as fragments Underwater night. After obtaining permission from the Navy in the usual way with the usual procedures in these cases, the trio spent a full three days in ARA San Juan with the cameras on.

“We’re done and the material stays there. We didn’t know what to do with it. I was left with the feeling that what was experienced there was more interesting than the one filmed, really monotonous in the first evaluation. ”Flores saved 12 hours of filming in three DVCAMs, and at one point the three protagonists of the experience stopped seeing each other.

Until 2014, Moguillansky was convened by the San Martín Cultural Center to give an interview on unfinished film material. “I asked Diego for material and the documentary was formed there for the first time as a travel chronicle. I read and edited the text live and projected it the same way. We were still very far from the accident. “

That moment came in 2017, and Moguillansky immediately wondered what he would do with the material. “My first answer was very simple: there was nothing I could do. The only thing it caused was pain and anxiety. And I also found it very opportunistic to just manipulate it. Something completely out of ethics. “

Time passed, and after a long initial shock and decantation of events, Moguillansky began to feel that the material he had recorded with Villanueva and Flores at ARA San Juan two decades ago was “bit by bit” asking for his place in the world and his place in the cinema. “He repeated this live reading and editing experience at the Viennale (one of the most important film festivals in the world) last year, but for the first time since the tragedy.

The pandemic arrived and with it a meeting of three architects of this journey. “I contacted the boy again, showed them what I had done, and the result is this film made in 2000 by three of them, edited for the first time with this commentary that frames and goes through it,” he says.

Neither Moguillansky nor his companions registered the names of the crew members at the time and did not want to associate them with those who died in 2017. He says the desire to transform this material has never been adapted into a film it was very similar to throwing a bottle into the sea. According to him, a way to get closer to a diving family, beaten like never before by what happened. Maybe later releases will include these names in the future.

Underwater night records small moments in the daily life of the ARA San Juan crew, what happens and what happens when a submarine dives into a routine mission. Leisure time, the activities of each of them, small rituals and even the curiosity of one of the crew members turned into a kind of musician for relaxing moments with themes from Pink Floyd and U2.

“When I saw the material again after the tragedy, the impression was very great. At one point, I wanted to return to ARA San Juan with the idea of ​​a film, a mixture of documentary and feature film that was to be called Submarine warfare and he was about to talk about that world of nineteenth-century heroes and quixots under the sea. The idea of ​​a group of people like divers is very beautiful and very romantic. I came with the ride, with the affection. I wanted to find something similar to childhood, with that heroic world that would later end up demystified“, Moguillansky reflects.

It’s been a long time Underwater night, for almost seven minutes, in which we see in a fixed plane from the coast of Mar del Plata, ARA San Juan gradually sinks into the waters of the Atlantic. Moguillansky reveals that it was Agustin Mendilaharz’s camera that recorded the moment of silence and pure visual poetry that was originally part of the plot Flower, a film directed by Marian Llinás.

That great moment sums up the lyrics and the spirit Underwater night. “This film,” concludes Moguillansky, “is made with a love of divers and a love of film. Through it, we want cinema to be more than just a fun exercise, which has been to avoid mundaneness and that he also has the courage to shoot something delicate, no matter where he looks at it, without losing sight of his poetic will“.

It is not improving: they estimate how far the dollar and inflation will reach in 2021