Cyberpunk 2077: Raytracing for Big Navi will be sent later

November 23, 2020 austria Comments Off on Cyberpunk 2077: Raytracing for Big Navi will be sent later 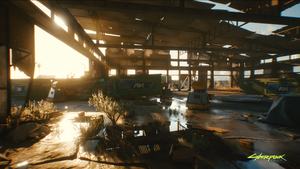 Cyberpunk 2077 is a title developed by NVIDIA. Of course, you may be wondering why the developers don’t recommend any Radeon hardware with ray tracing, when the Big Navi has a ray tracing accelerator and has already been shown in tests that both cards are quite attractive, depending on the game’s performance offer.

According to the developers, there will be a fix for the Radeon 6000 graphics card, which also activates ray tracing. However, buyers or owners of the Radeon RX 6800, Radeon RX 6800 XT and, from the beginning of December, also the Radeon RX 6900 XT, will lose their launch on 10 December. The developers cite the lack of necessary optimization for the RDNA-2 architecture as a reason for insufficient support.

These are also to be added later for the new Playstation 5, Xbox Series X and Xbox Series S consoles, although this has been known for a little longer. It is a bit surprising that the new Radeon cards are completely ruled out for the time being.

Raytracing over DXR is not proprietary

Of course, the calls are loud again that NVIDIA has created a proprietary interface and is now hurling AMD. It’s not so. From the beginning, NVIDIA has addressed an interface developed by Microsoft called DXR as part of DirectX 12 and now DirectX 12 Ultimate, or implemented hardware acceleration computing. Only VulkanRT, as used in Wolfenstein: Young Blood or QuakeRTX, is not yet part of the standard, and therefore an extension that has not been implemented by every manufacturer.

All games that deal with Microsoft DXR interfaces worked in our tests with Big Navi cards. Here and there, however, there are either major performance issues or individual effects have not yet been shown, which is more of a mistake than an intentional omission.

Particularly noticeable are some bugs and the Watch Dogs Legion, as well as Deliver us the Moon, where they count but do not display ray tracking effects. So power is what you’d expect from beam tracking, but it’s missing from the display. Big Navi cards based on the RDNA-2 architecture basically offer raytracing performance, which should be roughly at the same level as NVIDIA Turing and Ampere GPUs. Due to insufficient optimization, games like Battlefield V and Control do not work as well.

With the Cyberpunk 2077, the lack of optimizations means that players must first give up the effects of tracking the rays. Bullying by NVIDIA cannot be inferred from this.