Italy refuses to worship Brussels and maintains its budget

November 13, 2018 belgium, Économie Comments Off on Italy refuses to worship Brussels and maintains its budget 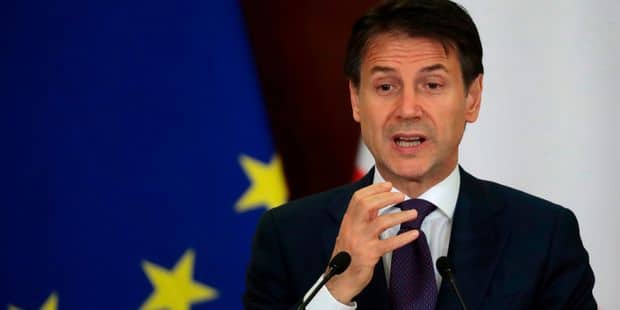 The popular coalition in Italy refuses to showcase the European Commission, and it is expected that its budget will not change on Tuesday, 2019, with financial sanctions, even if it is hypothetical.

For the coalition formed by the League (right-right) and the five-star movement (M5S, the anti-system), the budget against savings will revive bloated growth, which will reduce the government deficit and debt itself.

European-backed euro-area bodies remain deaf to Italian arguments and criticize this budget for a deficit of 2.4% of gross domestic product (GDP) in 2019 and 2.1% in 2020,

On 23 October, this project was rejected, the first in the history of the European Union.

The Commission does not believe that Rome respects this line. According to her, the measures planned in the budget could push the deficit to 2.9% next year and 3.1% in 2020.

In recent days, Italian Economy Minister Giovanni Tria accused Brussels of "technical failures" in its calculations and explained that the government intends to confirm the "pillars" of its draft budget while maintaining dialogue.

While the previous Central European government has pledged to cut the deficit to 0.8% of GDP in 2019, Tria said the ceiling is "suicide," while Italian growth is the lowest in the world. euro area.

Mr Tria also recalled that the government is ready to take the necessary measures to ensure that the deficit does not exceed the 2.4% threshold.

For Conte, the Commission's forecasts "underestimate the positive impact" of the budget and reforms: "the deficit will decline with growth, reducing the debt-to-GDP ratio to 130% next year and up to 126.7% in 2021."

By refusing to change its budget, Rome is exposed to the "excessive deficit procedure", which is likely to result in financial penalties equivalent to 0.2% of its GDP (about EUR 3.4 billion). EUR).

The EU and the markets are concerned that Italy is already bending under a huge public debt of € 2.3 trillion, which is about 131% of GDP, the second euro area ratio for Greece.

For Antonio Tajani, President of the European Parliament, infringement proceedings are "inevitable".

However, European Commissioner for Economic Affairs, Pierre Moscovici, has raised calls for dialogue and hoped to reach a "compromise".

But Mr Salvini, the head of the league, does not care: he called on Rome on December 8th to protest "peacefully" against "the lords of Brussels: we work, we live and breathe".

According to the founder of LC Macro Advisors Lorenzo Codogno, "The Commission will take the first step leading Italy to lead the EDP by publishing an update of the debt report expected on 21 November."

"By the end of January, Italy will be in the PDE, but the deadline for preparing a correction plan (about three to six months) will allow Italy to achieve European elections without hindrance," said the former Chief Economist of the Italian Treasury. A "at the beginning of 2019," nothing will happen until the new Commission is introduced ".

According to Mr Codogn, due to the lack of rapid action at European level, the financial markets will "as usual, the true guardians of budgetary discipline".

Since the middle of May, the date for the launch of the populist coalition talks has expanded, the closely watched gap between Italian and German borrowing rates has doubled and now hovers around 300. According to the Italian bank, this represents an additional cost of € 1.5 billion over a six-month period.