February 3, 2019 belgium Comments Off on Yisk, the second Ikea, settled in Wallonia 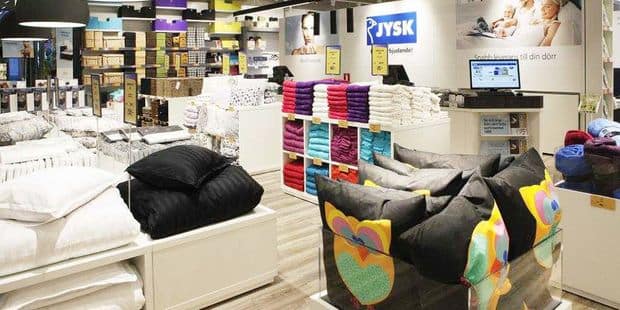 
Danish competitor of the Swedish furniture chain settled in Wallonia.

Two years since the Danish Ikea competitor opened his first sales place in Belgium. Since then, there have been 15 stores in Flanders.

It was time for the JYSK furniture chain and interior design shops to expand beyond the Flemish countries. It will be made from April 3 with the opening of the first trade on the Walloon side in Sambreville more accurately.

The Danish industry does not intend to settle here and there. When he came, he clearly announced the color to get 100 outlets in Belgium.

Ambitious development program, trademark of the company. JYSK, which last year had a turnover of 3.6 billion euros, is now in fifty countries. At the end of May, it opened in no less than five shops in five different countries.

Every year, the company opens up to 120 new physical subsidiaries. Belgium is now part of its development strategy, although it has not been possible to have 17 branches in our country at the end of last year.

JYSK, which specializes in bedding and home furnishings, offers more than 4,000 items (living room, bathroom and office furniture) and a wide range of bedrooms. bedtime: sheets, sheets, etc.). There is also a wide range of interior design. JYSK is therefore located on Ikea soil, but observes much smaller areas. Inventories that are currently deployed contain an area of ​​between 1,000 and 1,200 m2. But with hundreds of sales venues, it's definitely an actor to be counted on.