Second day strong winter conditions on roads in the country

November 29, 2018 bulgaria Comments Off on Second day strong winter conditions on roads in the country 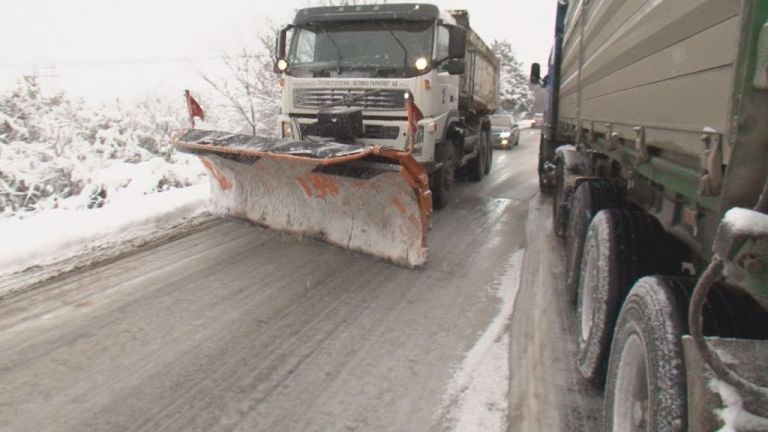 On most roads in the country, traffic congestion is still undermined. After yesterday's snowfall fell all day, temperatures in the morning fell seriously and there was ice. The roads are passive, but the movement is slow.

The yellow code for dangerous low-temperature weather was reported to most of the country. In south-eastern Bulgaria and the Black Sea there is a warning of a strong wind.

At night, more than 800 snowshoes worked on the roads.

There are limitations in the northern part of the country. Traditionally, serious snowflakes occur in northeastern Bulgaria, marked by API engineer Mikhail Raikov, engineer. For all cars, the journey is limited Durankulak – Kardam because of the snow cover. 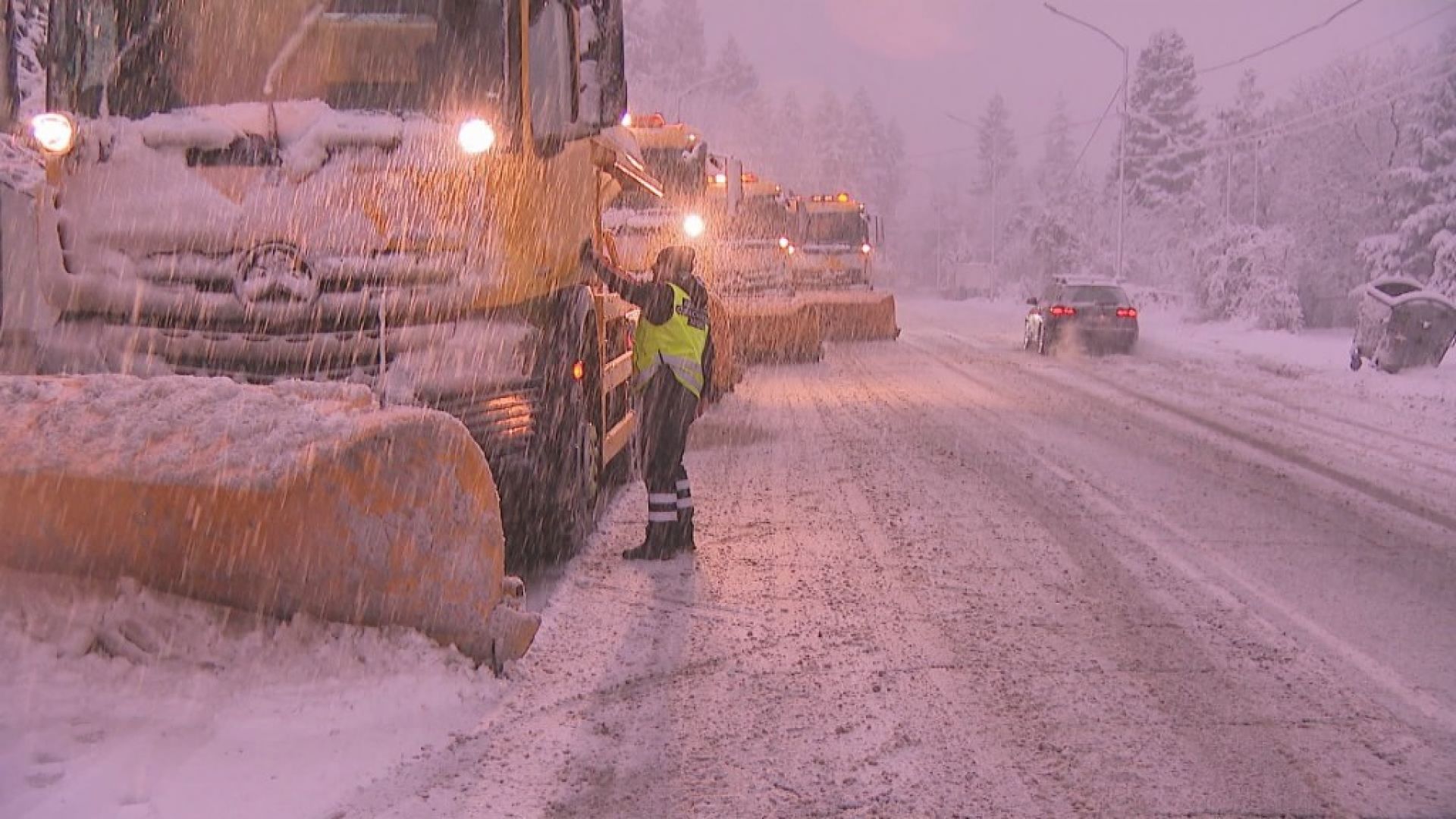 Overnight stay in all areas Sofia the antifreeze mixtures were processed. This was announced by Sofia's press center.

On the ground there are more than 140 snowmobiles, handling public transport routes, main streets in the neighborhood, steep slopes and bridges, and partly inner streets.

The southern arc of the metropolitan road in Sofia and the urban road from the national road network in the districts of Kremikovci and Pancharevo were dealt with.

On the top of Vitosha was sandblasting and snow cleaning roads Dragalevci Ts Aleko and Boyana Ts Golden Bridges.

Nowadays, in the context of ongoing snowfall, there are treatments in southern regions such as Mladost, Iztok, Vitosha and others.

All public transport lines are currently running on the usual routes.

The Emergency Relief and Prevention Directorate teams responded to four signals of tree branches that fell on the road.

With regard to winter conditions and low temperatures, we remind drivers to use their vehicle only for winter driving and ride at a reasonable pace.

The gullies grew between 10 and 15 centimeters of snow District of Smolyan. According to the District District Administration, the roads of the Republican Network are cleaned and modified by sand and salt. 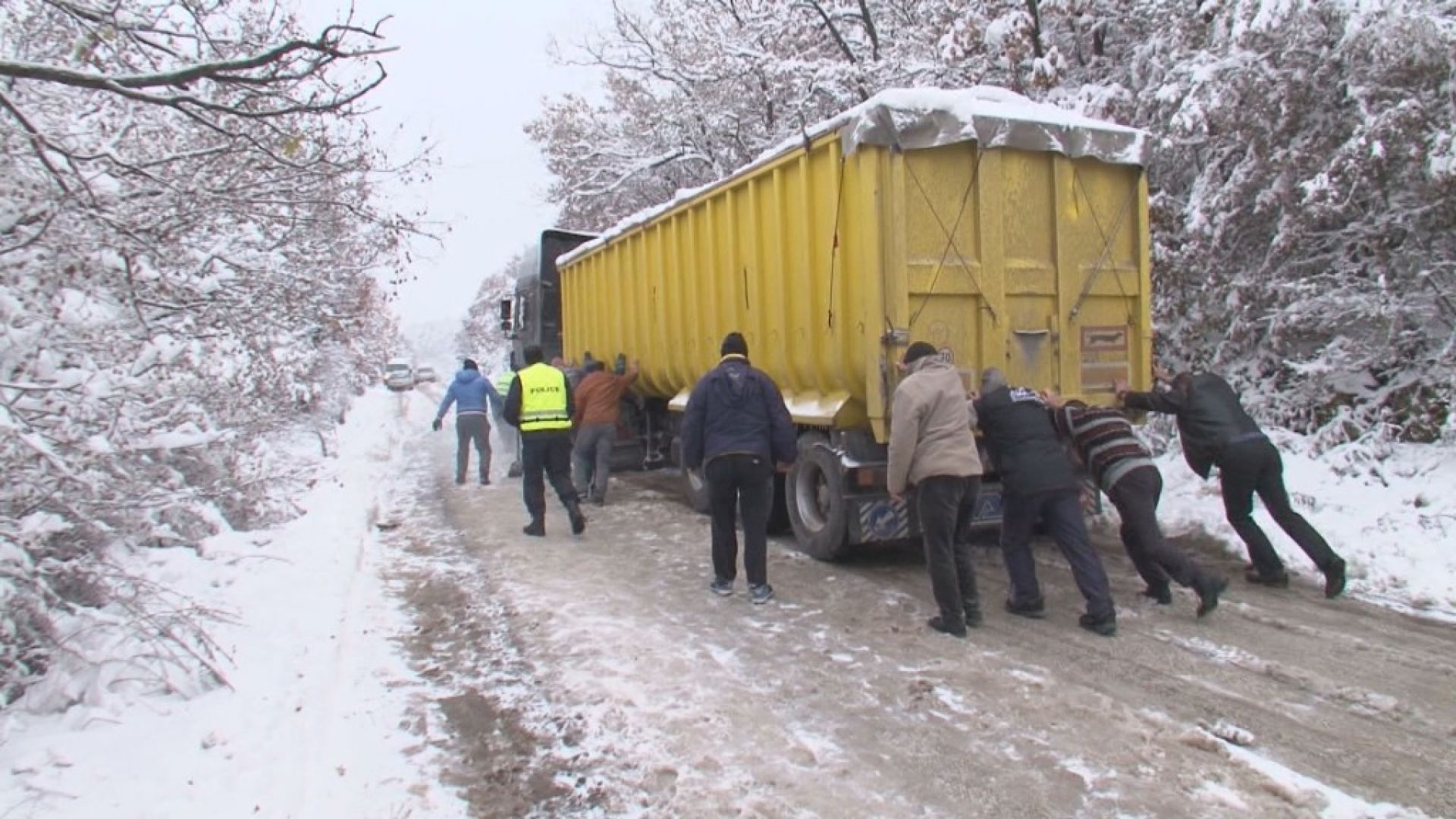 In Šumen, the five villages are without electricity, there are no closed roads in the area, and there is no problem in the Rousse district after the Danube Bridge after yesterday's snowfalls.

In Dobrich and the area should have a strong northeast wind, in open fields it will lead to accumulation of drought. Minutes before 7:00 pm A signal was sent to the Senokos village to catch a patient for hemodialysis.

In some villages there is still no electricity in Montana, work on resolving the problem.

In the district Vratsa a warning code for the expected low temperatures was announced, the problems with the supply of electricity to the settlements in Vratsa and Říman were overcome.

On the Bulgarian-Greek border, the traffic at the border crossing of Kulata is a transport vehicle for trucks in both directions. Transport at all border crossings with Serbia and Macedonia is normal.

On 28.11.2018 at 13.40 at the Kaynardja border crossing, due to the complicated meteorological conditions on the territory of Silistra District, the passage regime was interrupted.