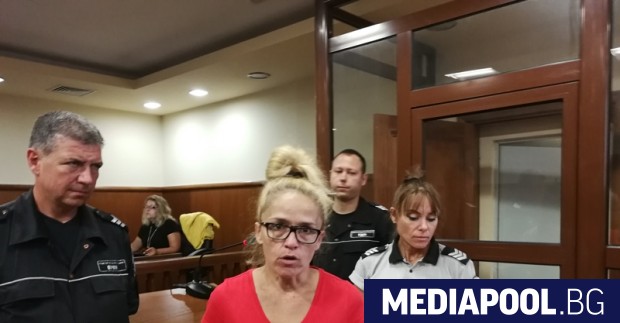 The Appeals Court returned the second share of Mayor of Mladost metropolitan Desislava Ivanchev and her representative Bilyana Petrov for the second time in prison. On Friday morning, for the first time, it was decided that, due to a deteriorated health situation, they should immediately be in home jail. The Prosecutor's Office immediately requested that the decision be suspended until the second instance judgment was handed down.

On Friday evening, the second instance decided to stop both women from detaining because they lacked the expertise that Ivancheva and Petrov were in a bad state. The minutes of the hearing were not sent.

How did you get here?

On Friday morning, Judge Ivo Hinov of the Specialized Criminal Court ruled for the second time to home arrest accused, taking into account the expert opinion on their condition. According to experts, both women are in a bad mental state, which violates their ability to actively participate in their defense, which is their right.

The Magistrate reads such a definition about a month ago, but the speculation protested him and the second sentence returned Ivanchina and Petrov back to custody, formally admitting that if they were at liberty, they could influence witnesses in the matter. So they both could not even leave their cells that have been in existence for more than 7 months.

The same thing happened, but in a few hours, although there is no objective evidence that would indicate the danger that Ivantva and Peter hide or commit a crime if they are at liberty. One of these assumptions must be present to determine the worst retention rate.

The specialized prosecutor's office insists that both defendants do not leave arrests because Biljana Petrovy's health report states that it is currently improving compared to the previous survey.

"Experts have introduced specific indicators in this respect and in the expert report Dessislava Ivancheva it is stressed that there are currently no exacerbations of health problems that require operational or other rescue interventions, it is recommended to continue the prescribed and performed until now On the occasion of Ivanchev's allegations of damage mental health experts said they did not need hospitalization in a specialized hospital or change in their application to date, "said the defendant state.

They point out that "a special request by the investigators to suspend custody in front of the house was made to prevent the defendants from hiding and committing a new crime." However, grounded data are not provided in this respect.

The third defendant – Petko Dyulgerov, who is the intermediary for bribes between the contractor Alexander Vaklin and Ivancheva, has a completely different attitude from the judicial authorities. He was also under housekeeping, but the special prosecution did not protest this change and was no longer behind bars.

Dülger's role is in fact leading because none of the witnesses who have been asked yet claim that Ivancheva and Petrov personally want money. He is the intermediary that Vacklin claims to have understood that he must give the money to acquire his building block in the Kambanite area.