November 29, 2018 china Comments Off on Ant jinbao President announced that there is only one reason for Pick Hu Xiaoming | Lei Fengwang

On November 29, he learned that President Alibaba Cloud President Hu Xiaoming (the so-called Sun Quan) today became president of the Ant Financial Group and announced to President and Chief Executive Officer Jing Xiandong. In the email, Jing Xiandong welcomed the return of Hu Xiaoming and said his return was a significant change in the organizational structure of Ant Financial. 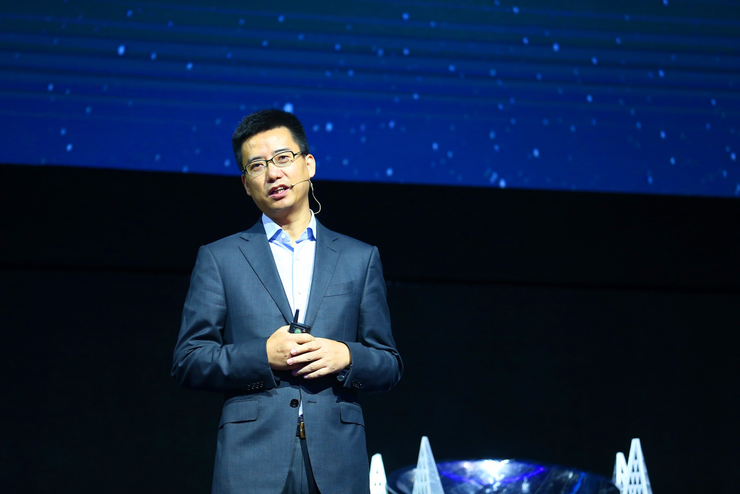 Although the success of more outsiders has been achieved in the Alibaba Cloud period, Hu Xiaoming's "financial" attribute has always been quite robust, and it is also a "veteran" of Ant Financial.

Prior to joining Alibaba, Hu Xiaoming worked in financial institutions such as China Construction Bank and China Everbright Bank and has extensive experience in corporate and personal finance, micro-finance and online credit systems. In 2005, Hu Xiaoming joined Alibaba, created Ali Finance, provided credit services to small and micro-enterprises based on large data, and later served as Ant Financial's chief risk officer, who led the development of Alipay and many businesses.

It is worth mentioning that Lei Feng.com once learned that Hu Xiaoming had invested in the Hangzhou Internet Financing Company between 2012 and 2013. Halfway through the adjustment of positions, the investment did not advance.

After the changes, Hu Xiaoming was already President Alibaby Cloud when he appeared in public in 2014. According to official data from 2015, Alibaba Cloud's average growth rate has exceeded 100%. Zhang Yong, CEO of Alibaba Group, said Hu Xiaoming: "The last four years have contributed to the development of the Alibaba Cloud, which has enabled the integration of technology dreams and business dreams Alibaby Cloud."

Ant Jinbao said that the return to the ants of Jinfu as president, for Hu Xiaoming, must return to the battlefield and field he knew. For Ant Financial, he is an important leader in cloud computing management.

Cloud computing is the foundation and foundation of many financial technology solutions, not just cloud, because at this stage Fintech's financial institution innovations are unable to meet cloud cloud services to meet complex needs.

It is not difficult to see that in the year 2018 the heading of strengthening financial technology is more crowded. While the financial sector actively involves technology, technology and financial services, they are increasingly integrated.

The ant response strategy is to design a technology strategy "BASIC" (block, artificial intelligence, IO, security, supercomputer, etc.) from October 2017. In September of this year it will be fully opened and the brand will also be derived from the "Ant". The financial cloud was updated to "Ant Gold Service Technology". Ant Financial has previously told Lei Feng that future financial options are not purely technical or business issues. Business and technology are two sides of the coin that require digital services and reach abilities that are deeply and horizontally expanded from different angles.

Therefore, at this stage, the ants chose Hu Xiaoming, cloud computing and a composite financial background, hoping that the leader of "technology + entrepreneurship" could lead to an ecosystem of "open cooperation".

It should also be noted that this year is also rapidly developing its business on the side of C. Alipay has recently announced that Alipay has more than 900 million users around the world. Among home-active users, 70% of users use 3 or more Alipai. Services. In addition, Ant Financial Services completed a $ 14 billion new round of $ 14 billion worth of financing worth over $ 150 billion in June this year, ranked 9th among global Internet companies.