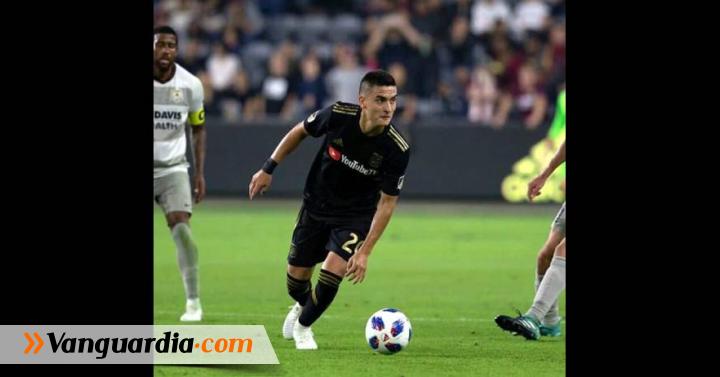 It should be remembered that the player born in Velez, Santander, came in February of this year to the club "angelino", who became loaned after playing in the last two seasons in Independiente Medellin, with whom he was champion of the 2016 league – I.

Since joining the American club, with whom he debuted on March 31 against his Los Angeles rivals, Los Angeles Galaxy played 28 matches, 25 for the MLS League and three others in the Cup, which ended in the Los Angeles Football Club on November 3, lost a playoff from the Western Conference against Real Salt Lake by 2-3.

Atuesta skipped seven games since his debut on March 31. Four due to injuries to one of his ankles (3 to 22 July); one on August 11 and two on brain shaking (October 6 and 12).

"I felt very confident, happy that I could play most of the games and thank God for being able to perform with the help of my teammates who did me well," Atuesta told AS USA.

As for his new contract, he noted: "The club has taken advantage of the shopping opportunities and signed for three seasons."

Finally, he said that "it was a great season, we broke the record for points (for the debutant franchise) and we showed great football, and I think the thing that best characterized us was a good game."