Archaeologists have not yet discovered the mass graves of the Roma in Lety. They found their personal stuff – ČT24 – Czech Television

November 12, 2018 czechrepublic, Domov Comments Off on Archaeologists have not yet discovered the mass graves of the Roma in Lety. They found their personal stuff – ČT24 – Czech Television 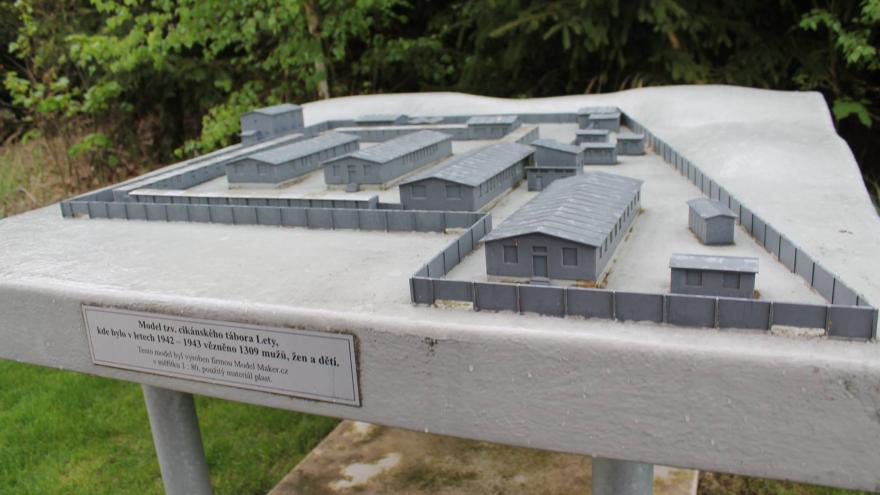 The international research team, led by Pavel Vařeka from the University of West Bohemia in Pilsen, has excavated last week a commemorative spot that, according to sources, served as a burial ground for camp victims during the Second World War.

"According to historical sources, 120 individuals have to be buried here, 77 of them are children. Where there is the central part of the sacred territory, we did not find any graves, "Vařeka said. That's exactly where the camp cemetery is.

Experts examined several recesses that they thought were tombstones. However, it is probably the trail of the excavation of the building stone or pit after the stump. Archaeologists found burnt camp remains, glass window fillers, and personal belongings of prisoners as parts of clothing, buttons, shoes, or jewelry.

By the beginning of 1943, dead prisoners, mostly children, were buried in a parish cemetery in nearby Mirovice. The Cemetery Cemetery opened on January 15, 1943. "The burying began on January 16. At the time when the typhus epidemic peaked, ten dozen prisoners were dying daily, mostly children, including infants. The last funeral was on this spot on April 23, 1943, "Vařeka said. In the same year, the camp was ground and burned.

According to archive sources, German soldiers can be buried in Leths, similarly to the cemetery in Mirovice. "There can be murderers with the victims," ​​said Čeněk Růžička of the Committee on Compensation for the Roma Holocaust, to whom his grandfather and his stepfather died.

The Museum of Romany Culture has been running the site since April. In the spring there was a pig. The state bought it from Agpi for CZK 450.8 million. The Government of the Monument to the Roma Holocaust and the demolition of the pig-house released 111 million crowns. The memorial wants Norway to contribute a million euros (about 26 million crowns).