PHOTO: Smoke, fire, surprising colors. Schoolchildren in Most spent the day with chemistry

November 16, 2018 czechrepublic, Domov Comments Off on PHOTO: Smoke, fire, surprising colors. Schoolchildren in Most spent the day with chemistry 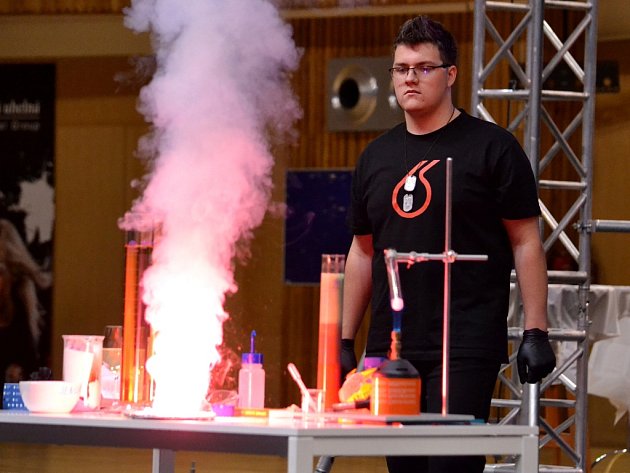 Most – About a thousand pupils and students on Thursday 15th November in the sports hall in Most experienced a wonderful day with chemistry.

The three-hour program did not bother anyone. On the contrary, for many it was an interesting lesson, in addition to the show, which was prepared by its main actors. His well-known chemist propagator Michael Londesborough has also transferred his pieces. The color chemistry was presented by Jan Havlík and his assistant Michal.

Students from Neratovice showed their peers the model of a racing car for hydrogen drive, and Jakub Stepanek again showed rocket propulsion. In all performances, performers involved children from the auditorium. Finally, the school teams competed in an escape game. The program was moderated by Kateřina Kaira Hrachovcová.