Step by step. This was how Thomas Berdych changed in a Swiss old man

November 10, 2018 czechrepublic, Sport Comments Off on Step by step. This was how Thomas Berdych changed in a Swiss old man 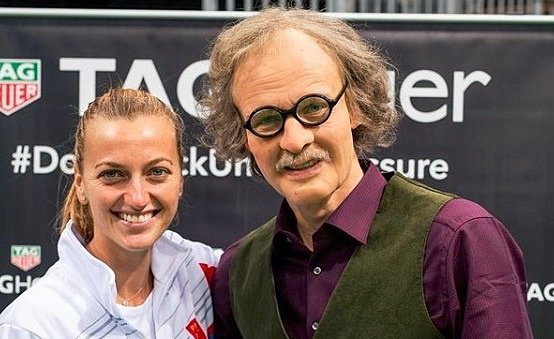 / PHOTO GALLERY / Petra Kvitova does not hit the Fed Cup final against the Americans on Saturdays, but tennis still plays. And there was none other than a chic senior from Switzerland. Or was it all a little different?

This is the case, the second option is right. The nominee was none other than Tomáš Berdych. Czech tennis player, who prematurely ended this season due to health problems, was renamed Hubert Schmidt for a Swiss watchmaking event. And Kvit did not know anything.

Even before one of her trainings, she was to award the winner of the "Paint Your Idol" winner and he came to Switzerland for the prize. At least that was what the Czech player thought. Surprised by Kvitova, Switzerland asked for a few tennis exchanges, and a wooden racket was in place instead of a stick.

The Boda guy beat the senior from abroad and his performance on the court. Although she suspected she had to go to one of the professional tennis players when she finally came to the network, who was going to do it.

Tomas Berdych then showed his series of photos of that perfect transformation.