In pain, the National Assembly again gives its green light

March 15, 2019 france Comments Off on In pain, the National Assembly again gives its green light 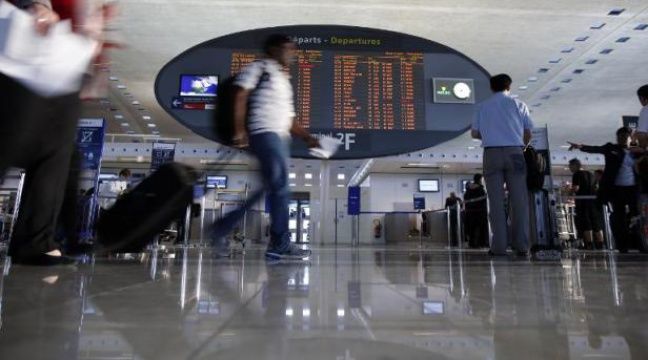 After almost nine hours of fierce debate, MEPs finally adopted 42 votes in favor, 17 in a new reading Article 49 of the draft pact, which provides for the abolition of the State's obligation to hold most of the capital of ADP. (currently 50.63%, € 9.5 billion).

Since the first reading of the law in October, this privatization has t
after his rejection in the Senate, the main bone of disapproval. The Opposition to the Right and Left – Except for Agir Members – Reiterated its Criticism of "Bad Deal"
"Economic, strategic and historical error", "irreparable error", synonymous with "abandoning national sovereignty". MEPs, PCFs and LFIs announced that they would take over the Constitutional Council.

Economy Minister Bruno Le Maire defended his project 70 years of concession as "the best way to guarantee the development of this flagship", which is ADP. The proceeds of the operation must help France "debt relief" and finance the Innovation Fund, which receives "250 million euros of guaranteed income" per year, recalled the minister.
ADP announced a 6.9% increase in net profit in 2018 to 610 million euros for a turnover of nearly 4.5 billion euros.

"With or without state participation in ADP capital"

The Communists and Insoumis asked if it was a "Vinci gift" in exchange for leaving the Notre-Dame-des-Landes airport project to be a concessionaire. But I assured the minister that the transfer process would be "transparent", "there would be no mutual agreement" and Vinci "would obviously not benefit from any privilege".

"All transfer options" remain on the table, "with or without maintaining a state stake in the capital of ADP," he also said, while government spokesman Benjamin Griveaux said on Tuesday that the state would retain "about 20%" of the capital. Faced with an almost unanimous scream of opposites against his project, the minister gave promises to the people in particular.

The Assembly thus adopted the LREM amendments, which provide for protective measures in the law: ceiling at flight intervals and curfew in Orly, increased compensation fund for insulation work in Roissy. The controversy was raised by the question of specifications imposed by the concessionaire and submitted by the Minister in response to questioning of the opposition on exploitation and respect for sovereign missions.

The specifications will be revised every ten years, as the Senate will vote, and not every 20 years, as proposed by the MoDem Assembly Special Committee. MEPs also adopted an amendment which provides for a "competitive process" if the sale of ADP shares is not fully realized on the financial markets, while Bruno Le Maire is "very favorable".