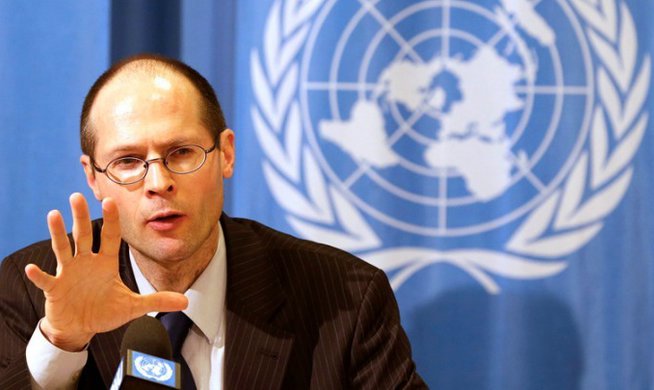 Damage caused by Greece to austerity programs could raise the question of the EU's legal liability and possible compensation under Olivier de Soutre, the former UN Special Rapporteur on the Right to Food, as forwarded by the Euractiv website.

In his speech in Brussels, De Suter stressed that Article 340 of the Treaty on the Functioning of the EU "clearly states that damage caused by the error of the European institutions is the cause of compensation".

"I know the people who think and have been asked to advise you in this direction," he added. De Souter, who served as the Special Rapporteur for the Right to Food from 2008 to 2014, commented on today's report that "austerity measures taken during the Greek crisis have led to a violation of the right to food."

"The right to eat was simply ignored when austerity measures were designed and implemented in Greece," De Souter said.

According to the report "Democracy is not sold: fight for food self-sufficiency in times of grace in Greece", developed by the international institute FIAN International and Agroecopolis, rescue programs have seriously hit the Greek economy. The report states that the situation has worsened in 2010-2013, when food prices have risen while revenues have fallen sharply. Almost 40% of citizens in rural areas of Greece are at risk of poverty, while unemployment in rural areas has risen from 7% in 2008 to 25% in 2013. Rural per capita income declined by 23.5% in 2008-2013. In addition, food insecurity has doubled in the crisis, from 7% in 2008 to more than 14% in 2016, while 40% of children in Greece face physical and social deprivation.

Based on the report by Harris Konstantinidis of Massachusetts University, who was involved in its elaboration, he said that the already vulnerable agri-food sector was pushed even more by the introduction of austerity policies.

Silvia Kay, a political scientist and co-author of the report, said that many civil initiatives had been taken during the crisis and stressed the role of various social organizations that showed solidarity with the needy.