They wrapped a dog on the Messara-Heraklion road bridge

November 20, 2018 greece, Ελλάδα Comments Off on They wrapped a dog on the Messara-Heraklion road bridge 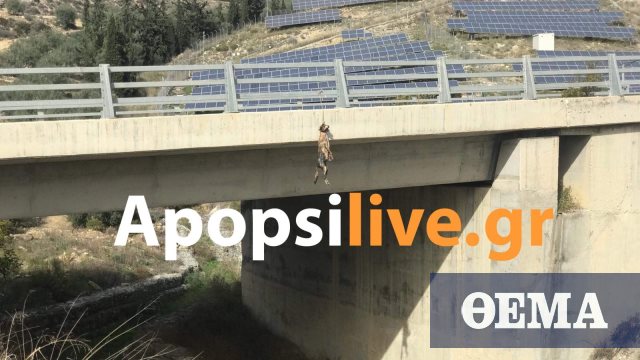 Even the most ill mind is overcome by the brutality of a dog that was unveiled on a bridge on the new Mesara-Heraklion road.

The body of the unfortunate four is in advanced sepsis, which indicates that he is hanging on the bridge for a few days.

This incident will again shock the local company Messara, which is already overwhelmed by the event that happened some time ago in Gergeri, in the village of Gortys, with puppies and puppies found almost in the oven.

The trend towards animal abuse has begun to grow in Crete and especially in Messara, as many incidents have culminated.