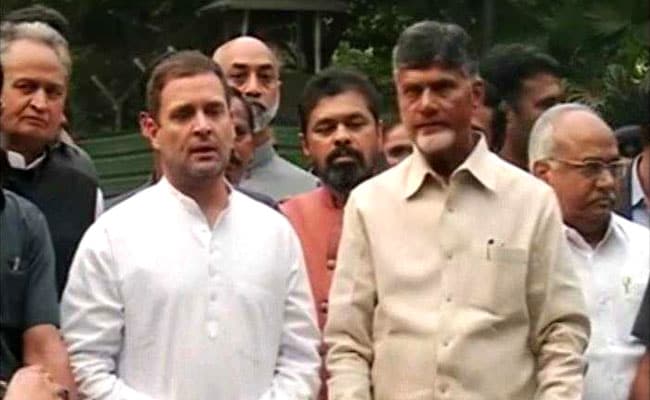 Seat sharing between the big union partners led by the Congress for the July 7th meeting in Telanganha was completed, said a key AICC official.

AICC, responsible for Telanganese Affairs, said RC Khuntia PTI that "seat sharing has been completed and will be announced after its approval by Congress President Rahul Gandhi."

That ends the bargaining weeks that the Congress had with its electoral partners – the Telugu Desam Party (TDP), Telangana Jana Samithi (TJS) and the Communist Party of India (CPI).

Mr. Khuntia did not say how many congressional seats he was attacking in a 119-member rally, but party sources suggest it will be less than 90 years old.

The TDP leader said his party could get between 14 and 18 seats. Founder of TJS President prof. M Kodandaram said the Congress offered eight to ten seats to his party while he was looking for at least 12, but expressed the hope that the issue would be resolved.

"Some adjustments must be made, but we are more concerned about the delay (in finalizing the seat sharing formula). Delay is a major issue," said PTI.

CPI gained three places. "Tomorrow we will deal with the offer at our state session and decide on it," said CPI General Secretary Suravaram Sudhakar Reddy.

In addition, two sides of the MLC were offered. He named the offer "fairly good under the circumstances", but said that there was a feeling among the party cadres that he had two more seats for the assembly.

TRS and BJP are in the survey themselves, the announcement should be released on November 12.