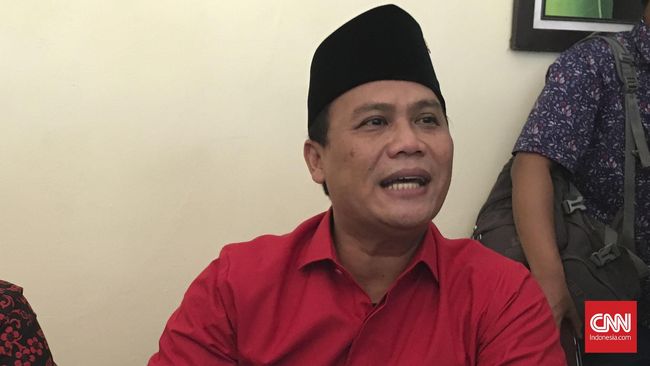 "So far, we have submitted it to our friends in Central Java to investigate to find more detailed information," said spokeswoman Jokowi-mae TKN Ahmad Basarah on Saturday (11/17) at the Jakarta National Museum.

Basarah said there are currently no plans to report the poster installation to the police. However, it is possible that the team will report to the police.

"Yes, if there is a criminal element in it, we will ask the police to act because it reduces the position of Pak Jokowi as a presidential candidate," he said.

Basarah also called the poster not from his side. It was confirmed after coordination with the Central Java PDIP, which never decided to create a poster or props campaign (APK) with the content of Jokowi wearing traditional Javan clothes.

"Because philosophy is the Indonesian government system of the Republic, and Mr. Jokowi is well aware that he is promoted as a president and not as a candidate for a king, so make sure that the poster is not from the internal TKN, TKD or PDIP.

Former PDD DPD chairman in central Java, Bambang Wuryanto, said that based on the information gathered by his party, about 10 Jokawa Raj posters were in each village in central Java. While the number of villages in central Java is 8,559 villages.

"This is an analysis, subjective analysis is not a fact, it means that another 85,000 posters are installed." After installation, there is one who gets 5,000 Rp per poster plus bamboo and rope Rp 5, so the total value is 10,000 Rp per pair, "said Bambang.

Opposition politician Fadli Zon then uploaded a question to King Jokowi's poster and joined him to change the system of government to the kingdom. "This is a danger that Petruk will become king," he said.