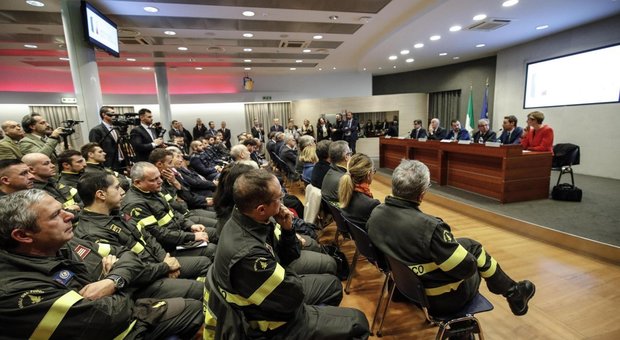 It is probably just a provocation, the "oxymoron," as he himself called the Minister of the Interior, but today's proposal by Deputy Prime Minister Matt Salvini for "compulsory donation" of blood for adult students has raised serious doubts in the donor world,

"We will work with the Minister of Education at Oxymor:" voluntary compulsory "donation in schools, because if you are going to be 18, you will want them for another 40 years – the Minister of the Interior said when signing a Memorandum of Understanding between the Donatorinati – State Police fire brigade, I started giving blood to my father who did not give me a scooter for 18 years, but he brought me to Avis. "

Salvini defines blood donation as "a matter of national security, because if you do not choose it, you buy it and in other countries there are no strict controls in Italy". The minister then reiterated his intention to "ensure that the millions of children who could donate do so." Fear of the needle – he added – causes people laughing, I have it too. "The design immediately awakened the irony of the site with the hashtag pattern as # governoTransilvania, and although he appreciated the intentions, volunteers and the National Blood Center, which oversee the safety of blood products, expressed confusion about the proposal, which should be against one of the cornerstones of the Italian blood system, the voluntary gift.

"We want to keep in mind that this year, thanks to a protocol with the Ministry of Education and the availability of many volunteers, the associations raise awareness in schools starting from elementary schools – the CNS and Civis wrote donor coordination, in a note – to strengthen cooperation with institutions and restoring the central role of the authorities in promoting voluntary, anonymous, responsible and unpaid donation of plasma and blood urges our consensus and support.

On the other hand, the hypothesis of compulsory leave is confused, although it was probably just a "provocation" during a press conference that we share as mandatory information and training for young people, starting with schools at all levels, on biological donation. "The need to strengthen donor park is often confirmed by associations According to the latest available data, their number decreases, even if self-sufficiency is ensured and is not considered to be endangered.