Pico della Mirandola was poisoned, did not die syphilis

November 15, 2018 italy, Salute Comments Off on Pico della Mirandola was poisoned, did not die syphilis 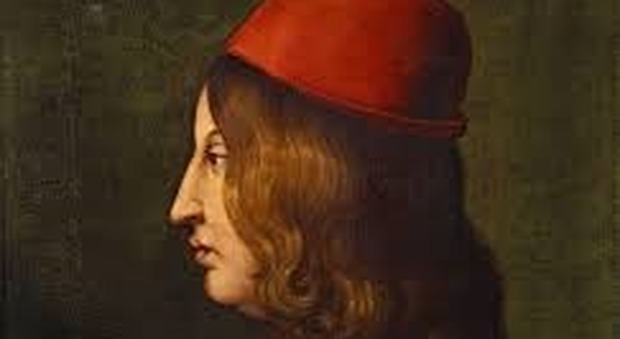 Pico della Mirandola was poisoned by arsenic. To illustrate the cause of the death of the great humanist and philosopher who died at the age of 32 and held in mysterious conditions in Florence in 1494, a study of a team of researchers from the universities of Pisa, Bologna, Salento, Valencia (Spain), York (Great Britain) Planck Institute (Germany) together with experts from Ris di Parma. Bones, nails, mummified soft tissues, clothing, thoracic wood found in the burial site and deposited in monasteries near the Florentine Basilica of San Marco underwent a number of biological and chemical-physical analyzes that confirmed the identification of remains to detect the possible presence of poison.

So after 500 years it turned out that death was not caused by syphilis but by arsenic. Research has been published in the Journal of Forensic and Legal Medicine. "Examinations," explained Fulvio Bartoli of the University of Pisa's Biological Department, "showed that there are signs of arsenic poisoning in the remains of the philosopher and that poison levels are potentially lethal, compatible with death in acute poisoning." It is obvious that it is difficult to prove that it was intense poisoning, though this hypothesis is supported by various documentary and historical sources. "Researchers have in particular used a multidisciplinary approach that combines anthropological and documentary analysis, radiocarbon dating and old DNA analysis along with complex techniques of optical and electronic microscopy.

"Our investigation, Bartoli concluded, also concerned the remains of another great humanist, Angelo Polizian, who also died prematurely in 1494 and was buried in a tomb near Pico, but in this case the hypothesis hypothesis is not confirmed because the levels of arsenic found can be attributed entirely to the chronic exposure I drive, probably caused by environmental factors or medical procedures. "