It was the first time that … 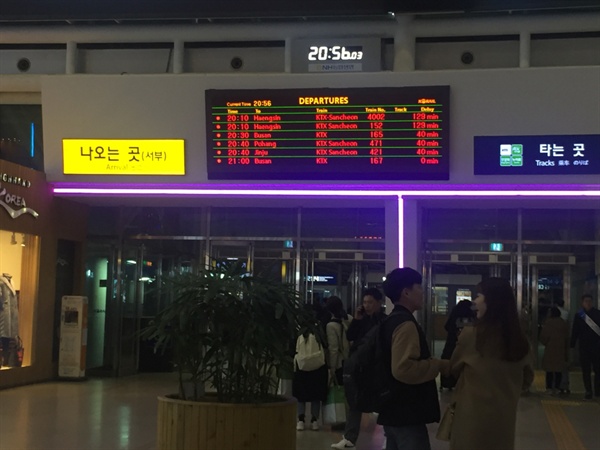 It's the appearance of a station in Seoul from 21:00 on November 20th. At 17 o'clock that day, the Seoul station itself is chaotic after a short circuit accident near Osong Station in Cheongju, North Chungcheong Province.

When you look at the signboard, all the trains scheduled for departure are covered in red. The train I have to take is also called a 40-minute delay.

A train report was issued, but the train did not leave Seoul. The consequences of the accident appear to be quite large.

It is a station in Seoul that is crowded with a common person, but many people have gathered at the newsstand today. I wish you all normal traffic.

Among articles and photos, the train delay time increased every 10 minutes. Can I go home today?

▶ This article has written mobile app moi.
▶ What is it? CIS is what makes the story of everyday life easy.
▶ Go to other places