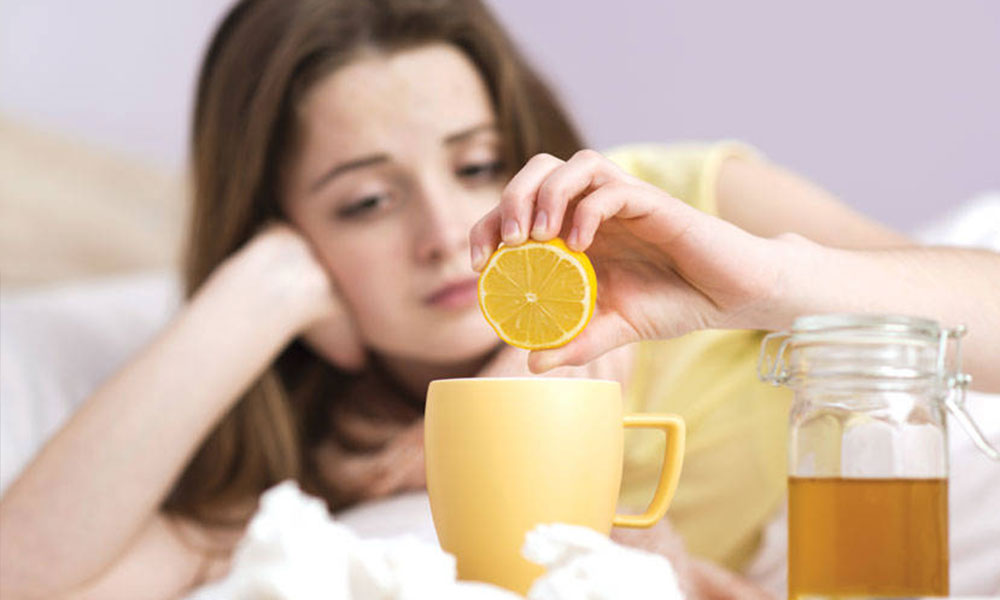 Due to the cold weather and the lack of sunlight, winter people feel that they stay indoors. However, low energy and physical activity lead to several negative effects, especially because the body is more susceptible to infection, illness and seasonal depression. How can these things be addressed?

"To ensure maximum protection against viruses, bacteria, fungi and parasites that spread throughout the season, we must carefully take care of the immune system, which is the natural defense mechanism of the body," said Al-Gomhouria nutritionist Josiane Al-Ghazal.

"There is no doubt that lifestyle depends on the extent to which this device is able to fight the diseases that threaten it, so replacing unhealthy habits with these goods contributes to maintaining effective immunity."

And she offered a set of tips to improve your natural defenses and fight against winter blues and various infections:

Add garlic to the dishes

It has been used since antiquity to strengthen the immune system through antiseptic and antifungal properties. Garlic contains the compound anti-virus "Allicin", which can protect against colds and flu. It is remarkable that this material is produced when garlic is crushed or chewed, broken down into sulfur and other useful compounds that help to fight infection. According to the medical center at Maryland University, eating garlic regularly not only increases immunity but also helps prevent heart disease.

Many people have found that a sour mixture of honey, ginger, turmeric and warm water is a real treat for colds. The 2012 review published in the journal Letter-based and Alternative Medicine based on evidence has shown that honey is an antioxidant and acts as a natural immune booster. Ginger is a powerful antioxidant with anti-viral properties and can be used to treat gastrointestinal problems such as nausea.

As for acid juice, it is rich in vitamin C, which according to "Mayo Clinic" has antioxidant properties and protects against colds.

In the case of turmeric, the research found it contains a mixture of "Curcumin" that regulates the immune system.

It consists of chicken breast, onion, sweet potato, carrot, radish, celery, parsley, mushroom, salt and pepper. It turns out that this meal slows the migration of white blood cells into the upper respiratory tract, which helps calm the symptoms of colds. Like chicken breasts, Carnosine blends to help prevent colds.

Pay attention to the mushrooms

It contains many important nutrients, such as selenium and vitamin D, and has been shown to promote immunity and improve mood. It is important to introduce mushrooms into different diets in order to strengthen immunity and to prevent the viruses that attack this season.

Research has shown that naturally occurring alkylamines in tea strengthen the immune system and help fight infections. What distinguishes the tea variety of taste and benefits. It has been shown that peppermint tea affects digestion, swelling and irritable bowel syndrome, while black and green contain a high dose of antioxidant and anticancer properties.

Good probiotics in milk can strengthen the immune system and prevent infection. According to a survey published in the Journal of Science and Sports Medicine, athletes who received probiotics had a 40% reduction in the number of colds and gastrointestinal infections. Just like milk is full of vitamin D, which gives the immune system unprecedented support.

Focus on these nutrients

Especially vitamin C, which is rich in vegetables and fruits, the most important pomegranate, kiwi, citrus fruits of all kinds, cabbage, pepper, spinach, parsley. It's an antioxidant that helps keep cells healthy, supports the body's ability to absorb iron, speeds wound healing, and reduces the duration of cold symptoms.

Vitamin D, which is not only important for increasing calcium absorption, should be neglected but is considered essential for strong immunity and good mood. In addition to exposure to sunlight, it can come from natural sources such as mushrooms, oily fish such as salmon, and sea fish.

On the other hand, zinc is also important for immunity and helps reduce colds and can be obtained from dairy products, eggs, grains, mushrooms, sesame, cocoa and black chocolate. It focuses on sources of magnesium and vitamin B6 that include nuts, bananas, broccoli, whole grain, spinach and black chocolate because their low level is associated with high winter depression.

"A key factor for a healthy winter is to diversify food to make the most of unfavorable weather for half an hour twice a week to replace vitamin D and energize to fill the body," she said.

To maintain healthy weight because obese people are more susceptible to disease and infection, avoid smoking that weakens immune function, reduce sugar consumption because its abundance adversely affects the performance of cells that fight bacteria, sleep well, drink plenty of water for Keeping the mucous membranes in your nose and lungs This will prevent bacteria or viruses getting into your body and be careful to regularly ventilate the room in the house to supplement the oxygen and drive out the viruses.