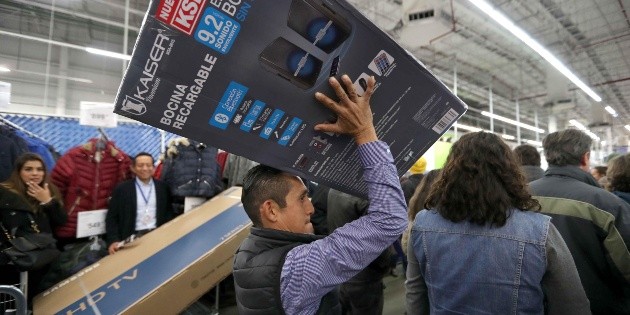 In his eighth edition, The Good End shows an economic loss of 100 billion pesos in our country; However, José Nabor Cruz Marcelo, coordinator of the postgraduate in economics of the National Autonomous University of Mexico (UNAM), considers that The expressive trend of this business strategy could be halt due to high interest rates that could reach eight percent this year.

He confirmed that "almost ten years after the program was introduced, it is not a significant period to make an economic study that would allow us to affirm that it is a positive control of consumers." However, the analyzes that have been carried out prove there is only a transfer of the amount of consumption that was made in December until the second half of November.

Professor of the Institute of Economic Research (IIE) has combined the question of a high interest rate with "political and economic instability that could arise in the coming months." We have recently devalued the peso against dollar and these exchange rate pressures could prevent customers from becoming indebted. "

José Nabor Cruz, however, reiterated that there is no strong structural change in national average consumer behavior that would make it possible to claim that it has increased significantly in the last quarter. The amount of related consumption in the years before the start of El Buen Fin was practically preserved (from the last quarter of 2006 to these years), "the data was simply advanced".

Finally, he remembered that El Buen Fin allowed companies to eliminate balances, seasonal goods and generate new balances for the next year. "But we can not say that net profit has increased significantly during this period," he concluded.