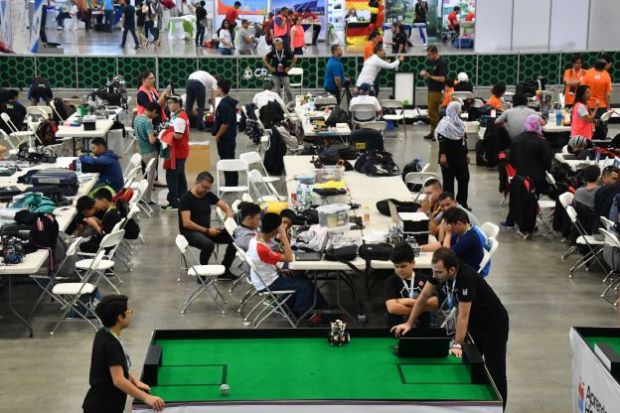 A team of school children from the Regional Academy of Education and Training Casablanca-Settat presents Morocco at the World Robot Olympics, currently taking place in Thailand.

This robotics par excellence competition, which continues until Sunday, is known for the participation of selected students in more than 30 countries, who have programmed their robots to carry out missions on the topic of "Food" or Robotics serving the agro-food industry, a statement from the academy says. He is associated with Malak Tantaoui, Ghita Zahraoui, Khaoula GHaleb, a Moroccan team participating in this international tournament after qualifying for a national competition.

Moroccan involvement is characterized in particular by the fact that its members are all girls, reflecting the status of the girl and its brilliant image both in Moroccan, Arabic and international, says the same source, adding that this success is not the result of accident but rather the result the accumulated experience in this area, and Morocco's strong presence in terms of innovation and inventions at local, national and international levels. world.

She also stressed that Morocco's participation in this important international event is an opportunity for these young ambassadors to highlight the success that Morocco has made and large-scale projects open to many people who are worried about young people in order to achieve the expected success through an approach based on openness to its regional and international environment.