November 21, 2018 newzealand Comments Off on Two people rescued after they left the flooded South Otago road 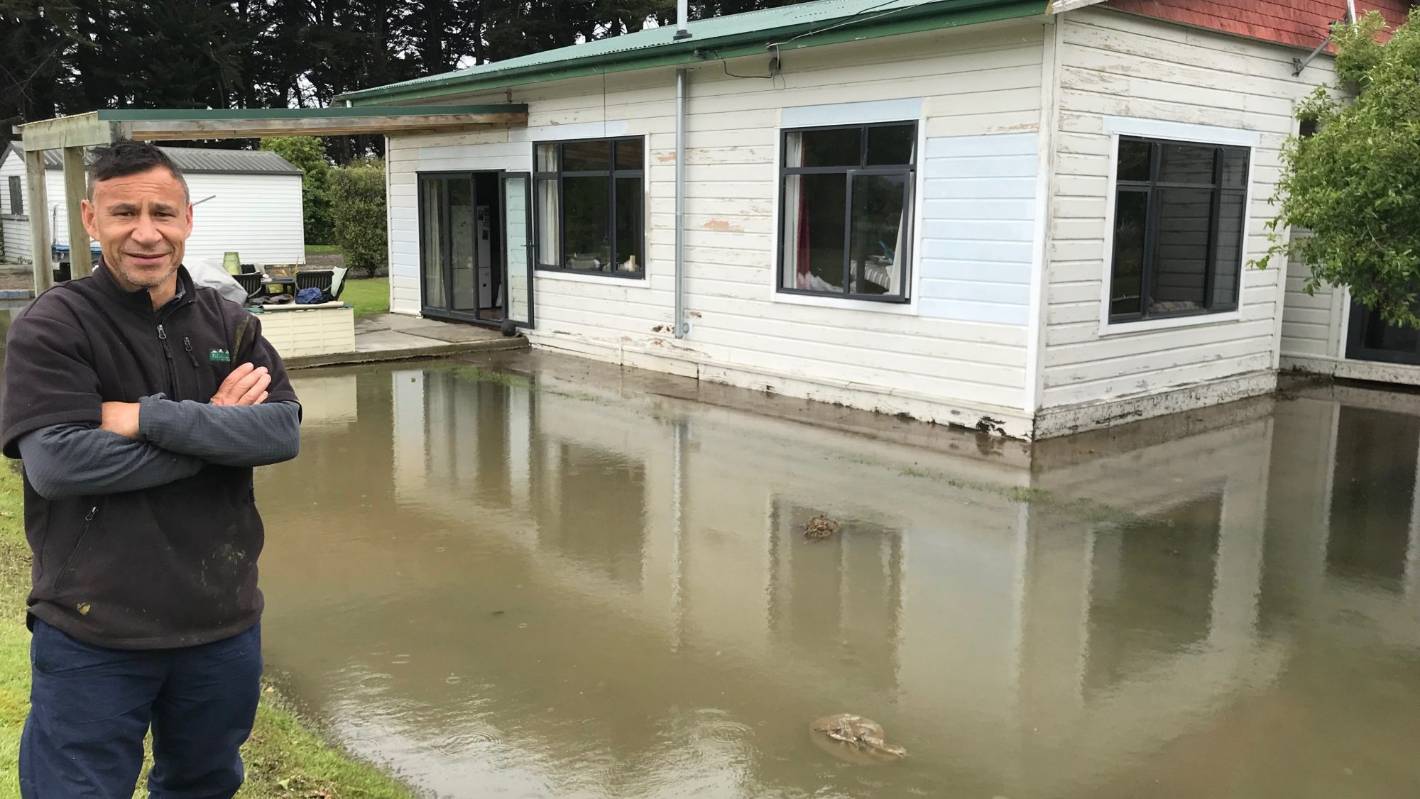 Two people were pulled out of the roof of a car after ignoring road markers and drove down the flooded South Otago road.

Emergency services were called after the vehicle was stuck on a flooded trip between Balcluth and Clydevale at about 10:00 on Wednesday.

Earlier Sergeant Jared Kirk said the people in the car were not injured, but the incident highlighted the need for drivers to be patient and adhere to all road signs.

Drivers who ignored road alerts potentially endangering themselves and others, Kirk said.

READ MORE: Weather after heavy flooding in Dunedin and Otago

"[Motorists] it should also be noted that vehicles need not be covered by insurance if they are driven on a closed road, "he said.

Personal coach Paul Skipper did the training in practice when he fought a flood rebellion around his house.

"I thought I was through, but suddenly there was water."

Normally a meandering brook near his cottage, south of Milton, Onto, turned into a furious torrent and forced him to build a wall of sand bags to protect his meteorological home.

On Tuesday evening there was an increase in water he "could not have contained".

Firefighters helped pump water from the property that Skipper owned for 13 years, but the water left the floor and the carpet soaked.

Climate conditions are loosening around the country in the middle, but several highways remain closed in Otago and the Clutha River is at its highest level for almost 20 years.

The Clutha River – the second longest river in New Zealand and the largest river in volume – has been unseen since November 1999, said Otago Civil Defense and Emergency Management.

She reached the flood level late Tuesday at Balclut, but she began to retreat Wednesday morning and was carefully monitored, said the spokesperson for the Otago Regional Council.

The Clutha River has not been flowing since 1999. We keep track of the flows and keep you up-to-date throughout the day. We also closely follow the Taieri River in Outrama. Fortunately, most other rivers around Otago are now receding. pic.twitter.com/eY8GSz4Mto

Silver Fern Farms The Finegand Silvio Board of Directors, Tenci Plant, said that the buildings close to Balclut had to close on Wednesday because the floods threatened hygienic and hygienic standards.

"We stopped our drinking water treatment plant to prevent heavy water being flooded in a flooded river that would damage the filters in our water intake process.

"We assume that we will be able to continue operating as soon as river levels disappear and water quality in the river improves."

The plant did not start to contaminate with any flood water, he said.

The frozen staff of Ieru Leteu and Siao Lepo were given an unexpected day off. Beef, which is from Samoa and works seasonally at the Finegand plant, has been told that the plant has run out of water when it arrives at 5.30.

"We had to wait until eight o'clock to find out what was going on," Lepu said.

"The Kai (Kaitangata) workers who were on the previous shift were worried if they got home because of the roads – they were pretty bad."

Leteu and Leupu, both of whom live in Balcluth, were amazed at how high the river was. Other locals who had seen the floods gathered on the northern bridge overlooking the bridge.

Employee SouthRoads Reg de Wagt, who worked on road management at Balcluth, said the flood was quite bad.

He was on the way to Stirling, who overlooked the flooded Balcluth Field.

Speaker of the Clutha district assembly said that the river is not expected to continue the flood.

Regional Council staff installed a barrier overnight when the southern island's main railroad passes through the banks of the Balcluth flood and helps protect the city from flooding.

"We are following the situation in Clutha County, but we believe that the streams and rivers are retreating. We ask people to keep on taking care of the roads and to keep warnings about water and water conservation in their water management plans."

Routes affected by the river in the Clutha Valley are closed and some roads are damaged.

In other parts of the district, water drops. Many roads can now be straightforward, but motorists are warned to take care of damage and debris.

Council staff and contractors evaluate the roads and bridges of the district on Wednesday.

Road closures are available for SH8 from Milton to Alexandria but were raised for SH90 from Raes Junction to Tapanui and Pomahaka Bridge, however extreme care was recommended.

State Highway 1 from Milton to Balcluth is open but under stop / go control Everyone on the road must urge him to work diligently.

For other motorways in the south of the island, numerous warnings have been issued due to floods and surface water. The Lindis pass remains covered with snow.

In Canterbury there are warnings due to flooding from Waimate to Kurow (SH82) and snow between Fairlie and Twizel (SH8).

Some small traffic alerts were issued in Southland due to floods.

There was no warning in Nelson, Marlborough or the West Coast.

The Otago Regional Council opened the Riverside Gate on the Taieri River in Outrama on Tuesday afternoon.

It has allowed water to move into a water body that is part of a lower level of Taieri flood protection, and reduces the impact of floods on buildings located further down the Henley River.

The Taieri river flow is expected in the middle of the afternoon and the peak is expected 24 to 48 hours later. River level could stay high up to a week.

Pomaksho River on Burkes Ford is approaching its third flood warning level of 4.3 meters and Paddocks next to the Pomahaka River are likely to flood. The Henley area is experiencing some flooding in the middle.

The risks of the Otago Regional Council and Technical Director Gavin Palmer said the outram water was lower than the flood in July 2017, and the flood protection system worked as expected.

Dunedin Rivers are also watched as rain is located around the city and coast, especially at Leith St and Lindsay Creek at North Rd.

Residents in the Totara Valley, northwest of Timaru, woke up to power outages because southern Canterbury was subjected to more wild weather at night.

Alpine Energy said the force on Tuesday at 10.45 am went out and is not expected to be restored until midday on Wednesday.

On Tuesday, she was also in several parts of Waimat. It was unclear when it was restored and how many homes were affected.

An Alpine Energy spokesman said Tuesday that power in the Hunter, Jacksons Bush, Makikihi, Otaio and Studholme ranks around 15:10.

Metservice meteorologist Ravi Kandula said the southern island had a good start of the morning. Central Otago had some frost and fog.

Another explosion of rain is expected on the southern island south of Timaru and later in central eastern Otago.

"All the eastern regions that will get the rain the last day will see something more in the afternoon," Kandula said on Wednesday morning.

"But we do not talk [Tuesday], there are no warnings. "

In the afternoon, only a few showers are expected in Christchurch, although some of them can be difficult.

Large clouds and possible thunderstorms are also expected above the upper southern island, north of Westport.

On the northern island, the islands move westward in the morning. Northland and Auckland will get a shower early in the morning, which will spread further into Waikato and Waitomo and into the central alpine country late in the afternoon to Gisborne and Hawkes Bay.

In these parts of the North Island, strong thunderstorms and hailstorms can be expected.

Overall, Kandula said none of the showers are expected to be big.

"These showers will have a relatively short life span and cumulation will not be expected."