Upon entering the Angelini group, Red Megacentro is trying about 40%

November 20, 2018 Economía, peru Comments Off on Upon entering the Angelini group, Red Megacentro is trying about 40% 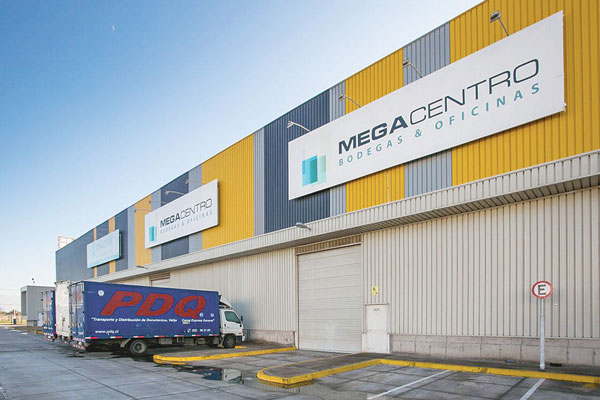 Expanding in Chile, Peru and the United States where it is already present.

An ambitious growth plan for the Red Megacentro logistics company for its global operations, after the Angelini Group acquired 23.44% of the company through Inversiones Siemel. $ 82,447 million. As mentioned in the interview, Hernán Besomi and Germán Eguiguren, the owners of Megacentro, have been evaluating the opening of the stock exchange or the entry of a strategic partner from the beginning of the year.

Meanwhile, Siemel, the company linked to Angelini, was separated from Guallarauco in January for $ 70 million, which was completed a few weeks ago.

He was advised by Credicorp Capital, Sergio Merino and Global Property Solutions to carry out this process, the company said in a statement.

Hernán Besomi, president of Red Megacentro, said that "this important capital increase is in line with the growth and investment plan we have developed at Red Megacentro." Siemel's incorporation will strengthen this strategy, enable us to strengthen our leadership, continue to expand our business and open new business opportunities. "

Siemel, CEO Andrés Lehuedé, stressed that "our interest in the Megacentro network is based on the company's business model and on its robust growth projects in the industrial property sector both in Chile and abroad".

This projection, explained by Besomi, aims to strengthen the supply and reach a leased space of 1.2 million m2 in Chile and 250 thousand m2 abroad, in the next two years, which corresponds to an increase of nearly 40%

Megacentro Network has a significant presence in Chile, but also in Peru (3) and the US (5) in the field of real estate rental, warehouse rental, offices and distribution centers.

The company has 54 resorts, representing more than one million square feet of logistics space.

And he also has a high attendance at the MiBodega mini store with over 50,000 m2 in operation.

Industry that is reflected

The storage center market increased dynamism this year, according to data from the CBRE consultancy during the first half of the year, net absorption increased by 300% in twelve months to reach 116,000 square meters.

"Although this increase was influenced by the increase in production, the biggest consequence of the trend was the absorption of existing surfaces in centers that had several significant periods of time," the report said.

This is evidenced by the high demand currently existed for winemaking, in addition to the strong production in the given period with an income of 120 thousand m2 and a medium-term projection of 200 thousand square meters divided by 11 developers.

"The surface area and projected deliveries for the rest of the year would be close to pre-market worsening levels (before 2015)," the report said.

These signals, however, remain only in Santiago, as other markets, such as the United States where the Megacentro has five distribution centers, showed historical data.

CBRE's senior researcher, Horacio Morales, points out that "the rent recorded the highest quarterly increase in 25 years, with domestic consumption being the biggest economic factor for this good performance."

Explains that demand is strong, which is reflected in the third quarter of 2018 in that it is 20% above surface production. Meanwhile, it reached a vacancy of 4.3%.

Another country that had a positive performance is Mexico. "Their different markets have an average vacancy rate of less than 7% and demand comes from a diverse base," concluded Morales.