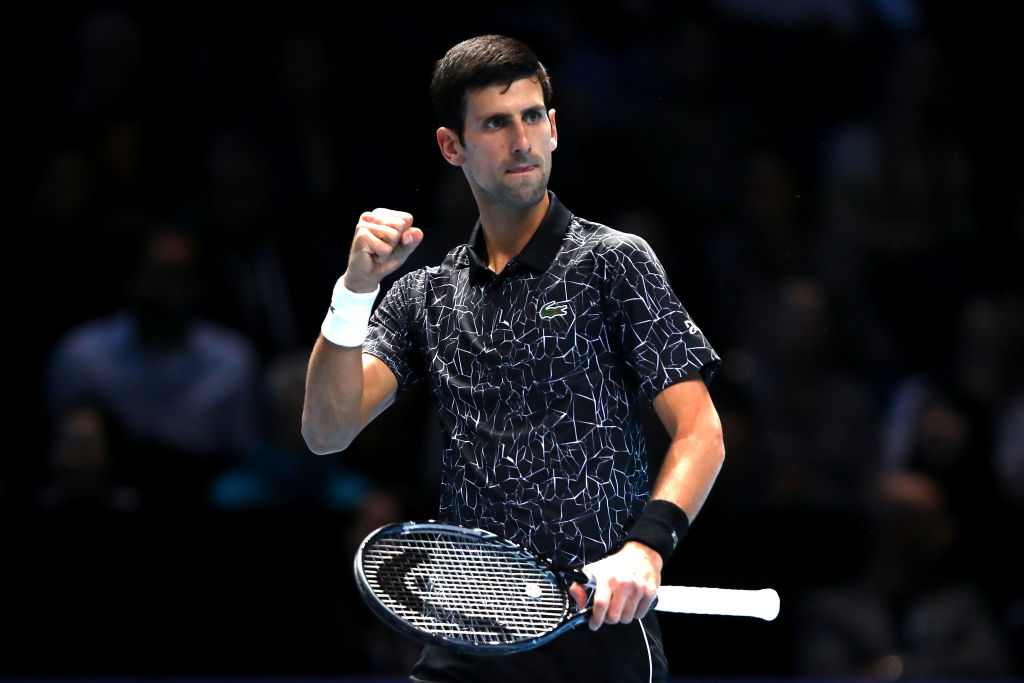 Novak Djokovic won the first round match of Group A at the ATP World Tour 2018 at the Hard Court in London. On Monday evening Serb defeated John Isner in two sets.

"Novak and the Three Towers" – wrote one of the English daily papers after one of the finals of the ATP World Tour 2018 Finals. He was 188 cm tall, Novak Djokovic went to group A with three big men – John Isner (208 cm) and Alexander Zverev and Marin Cilić (198 cm). On Monday, he destroyed the first of these towers – defeated Isner.

The American, who was given the chance to debut in the final of the ATP World Tour final at the age of 33, has been pressured by his own service since the start of the match. During the first and third games they managed to defend against breaking, in the fifth – no longer. Djokovic at that time showed himself with a beautiful design from the back of his hand and took the passage from his rival. As a result, Serb managed 3: 2 and eventually won the game 6: 4. He could do it faster, but did not use the setball in the ninth game.

The second edition did not change the picture of the match. Djokovic continued to play firmly, confidentially, effectively, and waited for the opportunity to give his opponents. When they did, he used them. From 3: 3, Serb won three games in a row, at this time twice Isner. The meeting ended with a great crawl from the back.

The match lasted 1 hour and 13 minutes. Interestingly, although Isner has a better service, Djokovic was more effective in his own application (86% of the points earned, while the American – 58%). The Serb also served six Aces, never having to defend himself against breaking, using three of the nine break points, sending 22 endings and making six unfulfilled mistakes. Isner received 13 es, 23 winning strokes and 26 own mistakes.

So after the first round of the competition in group A, Djokovic took the lead in the table. In the second series of games he will face Zvereva, who won with Cilić after two breaks.

Results and tables of the ATP World Tour final