Marissa Kastanek not for the Polish national team

November 9, 2018 poland, Sport Comments Off on Marissa Kastanek not for the Polish national team 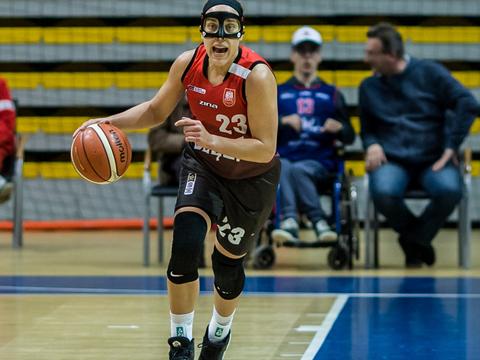 A 28-year-old American woman with Czech roots received Polish citizenship in May and played in Bydgoszcz in matches against Turkey (November 17) and Estonia (November 21st).

Coach Arkadiusz Rusin arrived in his place on the 23-year-old Angel Stankiewicz neighborhood of Energu Toruń.

The white-and-red grouping in Bydgoszcz will begin on Monday.

"The Castration case is currently out of reach, so there is no problem yet." I'm waiting for FIBA's decision to participate such basketball players in the following qualifying rounds … Marissa is obviously a major player in the league competition and if she still does it, I see it in After preliminary interviews with Kastanek, I was willing to cooperate not only on meeting points but even in summer camps and social tournaments, which is the basis of our work in the national team if I continue to lead the representation. "- said Rusin.

Kastanek has been playing in Wroclaw since 2016 and was previously a competitor of the Gigantes de Carolina in Puerto Rico, Czech Strakonic and the Swedish branded basket.

At the previous B group meetings Bialo-Czerwone scored only one victory (with Estonia) in four matches and had only theoretical opportunities to promote. Turkey is the fifth Eurobasket team in 2017 to fight for the first place in the group.

32 teams are participating in the elimination, divided into eight groups of four teams. The final tournament will be supported by the winners and the six best teams from the second place (14 teams). Serbia and Latvia, as hosts of the European Championship, certainly participate in a non-qualifying championship.