Poland should not join the eurozone. Then the growth would be lower

November 15, 2018 Gospodarka, poland Comments Off on Poland should not join the eurozone. Then the growth would be lower 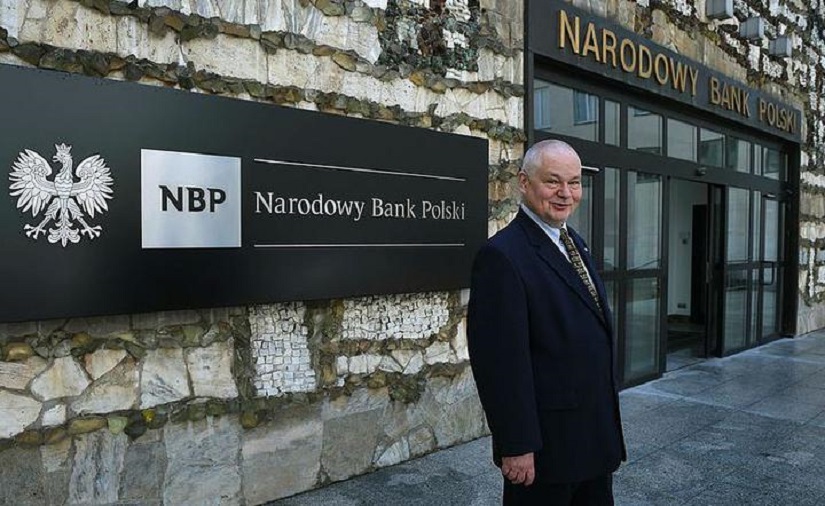 For some time, Poland was driving as a locomotive, stirring up the world and the analysts

– said the Chairman of the National Bank of Poland Adam Glapiński during a speech at the congress. He emphasized that this is an economic miracle, the golden age of the Polish economy.

READ OUT: Congress 590. The event was opened by President Duda. What are the participants talking about? CONTROL

ONLY WITH US. The President was satisfied with the Constitutional Tribunal's judgment regarding the limitations of the ZUS contributions: I think many ordinary people like it

Congress 590 with the eyes of photojournalists. This is one of the most important economic events in Poland. GALLERY

For some time, Poland was driving as a locomotive, stirring up the world and the analysts

– said the president. He said GUS figures for the third quarter of this year, showing that economic growth in our country exceeds 5 percent.

Quarterly data declines all forecasts, including the NBP

If it is not an economic miracle, some golden era, what is it?

He reminded that all leading international economic institutions, central banks, are watching what is happening in Poland and increasing their economic forecasts. He also stressed that this is a balanced and stable growth.

If it were an increase artificially triggered by inflation, excessive wage growth, excessive credit activity, trade imbalances, then it would be possible to look for a hole in the whole

– he stressed. Meanwhile – as he noted – Polish growth is without inflation, without a spiral of prices and wages without negative phenomena.

Our GDP growth rate is the fastest among the most sustainable, over the decade our GDP has increased by 40 percent, in the eurozone by 6 percent.

– President Glapiński stressed during the 590 Congress in Jasionka near Rzeszów.

The two main forces that push us forward are human factors. Poles have always been considered to be a very dynamic and employable society. In all world statistics, Poles are considered the hardest and fastest students. The second factor is financial and banking stability

– stressed the President of the Polish National Bank.

President Glapiński stressed that we have a situation we never had before in the area of ​​public finances.

When I meet in Basel, with central bank presidents from the most advanced economies in the world, nobody has such a situation in terms of stability. Of course, we had a temporary problem with franc loans, they talked a lot about how it happened, but that is the only slip that has no effect on stability

These two elements of stability and constant systematic growth, as in every family's life, increase the prosperity of the Poles. We belong among the countries that are the most inclusive area of ​​growth. Our growth is best spread across the entire company. There are no radical differences between income groups, and those that are decreasing

Glapiński stressed that the weakest element of our development is the weak system of fruit growing.

In particular, business judiciary. The length of economic processes is a lot of work; the valency of contracts concluded without bureaucratic complications, the trustworthiness of the partners, what entrepreneurs face. These are important elements that we can improve further

– said the head of the National Bank of Poland.

In his speech, the NBP President also highlighted the importance of educational issues for economic development.

In addition to careful work, education is also important. Of course, not everyone knows we have too many sociologists and anthropologists and too few engineers. There must be polytechniques, but it is expensive. But the Minister (Higher Education – PAP) and the Prime Minister are doing everything to change it. Keep in mind that countries with the best educated people are the leaders of world prosperity

As long as I am President of the NBP, we will not make any attempts at monetary policy

– President of the National Bank of Poland, Adam Glapiński, announced on Thursday. He emphasized that there was never a need for quantitative release measures in Poland.

Different small central banks have to do this, and banks in the euro area have all these quantitative easing. In Poland it was never needed

– said the head of the NBP during the 590th Congress in Jasionka near Rzeszów.

Glapiński stressed that in Poland, the spectacular central bank does not produce bonds or shares in the company.

We do not have to artificially stimulate the economy with zero or zero interest rates. We have positive and stable interest rates all the time

He stressed that NBP is probably the most conservative central bank in the world "in a good sense".

But if there is a sudden crisis somewhere in the future, it prevails somewhere in Europe (…), then we are ready to do everything for our economy together with the government, we are ready for all the activities that would be needed

And he stressed, "If I'm the President, I will announce that we will not carry out any experiments that some of us are calling for in monetary policy. Everything will be done within this prestige, the authority we have," he said.

Poland should not join the eurozone

– said on Thursday in Jasionka (Podkarpackie Province) during the Congress 590 President NBP Adam Glapiński. He added that Poland will manage, but the growth rate will be lower.

We appreciate the freedom of Communism. Includes business freedom, business freedom. That's power. Our entrepreneurs are incredibly energetic, nothing is afraid. It is necessary to reduce the number of legislation and give them more and more freedom. And if possible reduce taxes

According to the head of the National Bank of Poland, our economy is "the most stable and fastest growing" and the most dynamic part of Europe.

Of course, we respect all European treaties, etc. We know that the number of these regulations is increasing in the European Union. But you have to deal with it. Negotiate yourselves and do yours. Bureaucracy hinders us. And do not join the eurozone. Because we will – well, it will be good, we will do the same and of course, but the growth rate will be lower