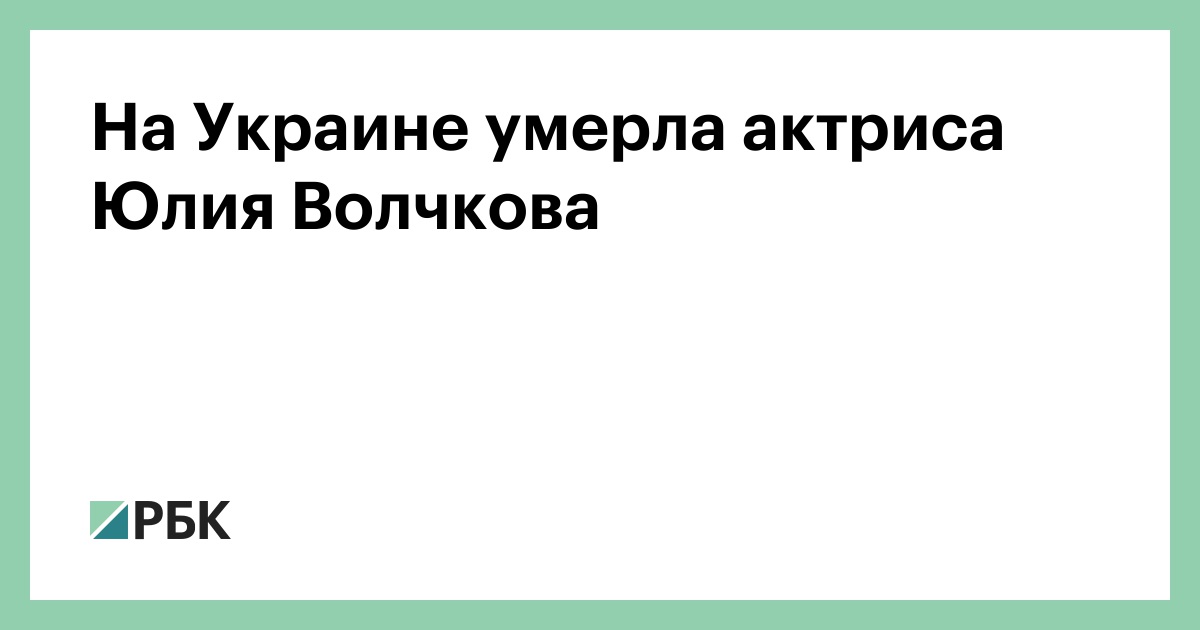 The venerable artist of Ukraine, Julia Volchkova, died after a serious illness at the age of 44. This is stated on the website of the Academy of Theater and Comedy.

"Julia Volčková released 25 years of her life … Her deep and clear images at the theater and in the cinema constantly proved the maximum devotion to the chosen path," the report says. The theater expressed its condolences in connection with the death of the actress. Information on date, time and place of burial are not listed.

The theater noted that Volckova graduated from the Karpenko-Kary Kyiv Theater Institute in 1995. Since 1998 she has begun to play in the Theater and Comedy Theater. During her work in this theater she played about 20 roles. Including "Perfect husband" by Oscar Wilde, "Eternal Spouse" by Fyodor Dostoevsky and others. She has also worked in film studio Alexander Dovzhenko since 1995.