November 9, 2018 saudi, العالم العربي Comments Off on A 70-year-old gift is waiting for King Salman in Tabuk 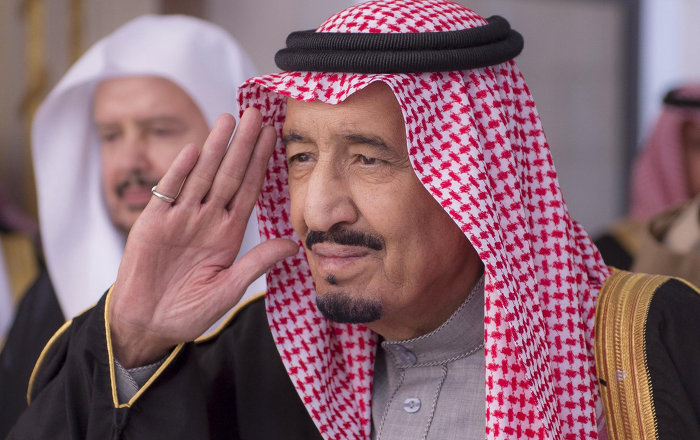 The Saudi researcher expressed the desire to give Saudi monarch King Salm bin Abdul Aziz Al Saud a historical gift of 70 years during his upcoming visit to the Tabuk region.

Abdullah al-Omrani removed the oldest flag of the Kingdom of Saudi Arabia, which is 90 cm long and 120 cm long, is made of canvas. The word "Tawhid" is engraved on a "coastal" substance dating back to the reign of King Abdul Aziz Al Saud, and specifically in 1951, according to the newspaper "preceded" by Saudi Arabia.

When Tabuka police were taken from Tabuk Castle, the flag was sewn to the wall of the police chief's office, whose office was on the ground floor of the ancient Tabuk fortress. When the later King Saud visited Tabuka on February 3, 1954, the Flag was present on a march that accompanied King Saud from the aircraft to the Tabuka Emirate's palace, in the same year the Tabuka Police Director was relocated to another area, the flag belonging to the property held by the Police Director as a sort of remembrance , who accompanied him during his period in Tabuk.

Al-Omrani added that science bears great historical value because it refers to the date of the founding king. His release coincided with the forthcoming visit of King Salman bin Abdulaziz to a region where the scientist would like to present this science to the Depositories of Two Holy Mosques.

King Salman bin Abdul Aziz Al Saud returned to Saudi metropolis in Riyadh on Thursday after an unprecedented visit to Qasim and Hail, during which he launched a number of projects.

Many Saudi believers expressed their happiness when King Salman arrived in Riyadh via Hachtag "Anwar Al-Riyadh"Which surpassed the list of most popular topics among Twitter users in Saudi Arabia on Thursday.

This is the first tour of its kind since King Salman entered office in 2015.