February 2, 2021 serbia Comments Off on Live: Novak brought Serbia a settlement against Canada, followed by a doubles decision 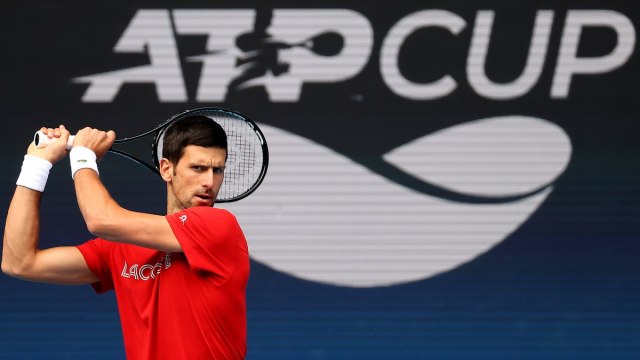 The Serbian team will start defending the ATP Cup trophy in the match against Canada.

“Melbourne Park” hosts the best tennis teams from February 2nd to 6th to compete for the trophy in a competition that premiered last year.

Then it was played in three cities, Perth, Sydney and Brisbane, now due to the coronavirus pandemic, everything takes place in Melbourne, followed by the Australian Open.

Serbia is in group A with Canada and Germany and is forecast to be the most difficult and interesting group.

Dušan Lajović and Miloš Raonić will be the first to appear on the field from midnight, followed by the “first records” Novak Đoković and Denis Šapovalov.

Serbia and Canada also met in last year’s ATP Cup and then it was a maximum of 3: 0 for Novak and friends.

The first match in Group C between Austria and Italy in the “John Kane” arena is taking place tonight.

You can follow all the details of the matches in “Rod Laver Arena” with ours LIVE BLOG.