What is the risk for pregnant women with passive smoking?

November 21, 2018 slovakia, Zdravie Comments Off on What is the risk for pregnant women with passive smoking? 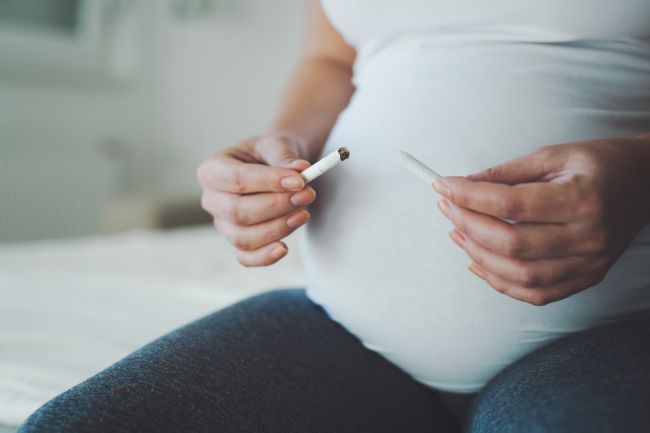 Passive smoking, ie unintentional exposure to cigarette smoke, should not be underestimated. Cigarette smoke means a significant health risk for the non-smoking environment. This is highlighted by the Public Health Service (OHI) of the Slovak Republic on the occasion of the International Day without Smoking (November 20).

Passive smoking according to the KHS significantly threatens the health of pregnant women and the fetus. Children who are exposed to passive smoking in households have an increased risk of respiratory illness since their early childhood, later they may be suffering from allergic rhinitis, skin disease, or middle ear inflammation. There is also a higher disposition for oncological diseases.

"Pregnant, passive smokers again endanger the development of the fetus. The risk for the fetus is the same as for pregnant women who smoke one to five cigarettes a day. Smokers have an increased risk of premature birth, and a newborn is at higher risk of sudden death syndrome. In addition, children of mothers who smoke during pregnancy often suffer from many complications. The most serious are neurological abnormalities and behavioral disorders, " warns KHS.

Jan Hamad, head of KHS Children and Youth Hygiene Division, drew closer to the fact that cigarette smoke blowing contains thousands of different compounds that spread through the air even long after they were pregnant. These substances react with other pollutants in the vicinity, creating completely new dangerous compounds affecting DNA. "They settle around the apartment, even on things that are in another room where they do not smoke at all. Nicotine is stored especially in hair, which can be proven even after a long time. He was also found in the hair of young children from strongly smoking households, or those whose mothers did not stop smoking even during pregnancy, " she specified.

Statistics show that the first experience with cigarettes is no longer a quarter in primary schools. Nearly 34 percent of children aged 11 to 14 say they have already tried smoking cigarettes. This results from the TAD school survey in 2014 on a sample of 5436 elementary school pupils. The daily need to burn at least one cigarette confessed 24 percent of the 4908 high school students.

Tobacco use is, according to the KHS, a major risk factor for several malignant tumors and deaths. Cigarette smoke contains more than 7000 chemicals and mergers, many of which are considered to be carcinogens.

Smokers who want to fight their addiction can help in specialized counseling centers for smoking cessation at the Regional Public Health Service (RÚVZ) in the Czech Republic, in the basic health consultants at RÚVZ, as well as at Linke smoking cessation support (telephone number 0908222722).