Growth of Easyjet in Switzerland will weaken – economy

November 20, 2018 switzerland, Wirtschaft Comments Off on Growth of Easyjet in Switzerland will weaken – economy 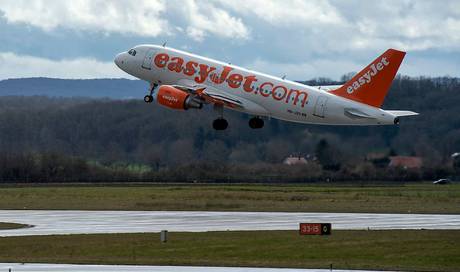 Overall, Easyjet transported 14.5 million passengers from Switzerland and Switzerland. In the financial year 2016/17 it was 13.5 million.

With the increase in passenger numbers by 7.4 percent, the Swiss market remains slightly below 10.2 percent for the whole group in the past financial year. "Overall, we are very happy with these figures," said Thomas Haagensen, Executive Director of Easyjet Europe, on Tuesday, the AWP press agency.

"The results of the company in Switzerland are in line with the strategy of the group that ranks first or second," he added. He emphasized the leadership of Easyjet at two Swiss nodes in Geneva and Basel, where Easyjet represents 45% and 60% of the flight movements.

By region, the number of passengers to Geneva increased by 4 percent to 8.3 million. Transport to Basel increased by 5 percent to 5.1 million passengers. Growth in Basel is due to the expansion of capacity by two more aircraft currently in the city of 11 Easyjet equipped with the Rhine knee. 14 machines are located in Geneva-Cointrin.

Finally, the number of visitors to Easyjet from Zurich increased significantly (+ 300,000 people). Now it's less than a million.

The most popular destinations in Switzerland are again British capital London. Second place is to Paris, which is very popular with passengers from Geneva, followed by Barcelona. The Spanish city is a popular destination for travelers from Basel Mulhouse.

"We also see a renewed demand for Berlin in Basel through restarting operations at Tegel Airport," said Haagensen, recalling that nearly a quarter of EuroAirport customers come from southern Germany. This explains the success of destinations such as Hamburg or Dresden.

Geneva is in a similar situation, with almost a third of its customers coming from neighboring France. This has encouraged the company to expand its offer to France, which includes, for example, the route opened from Geneva to Rennes at the end of October.