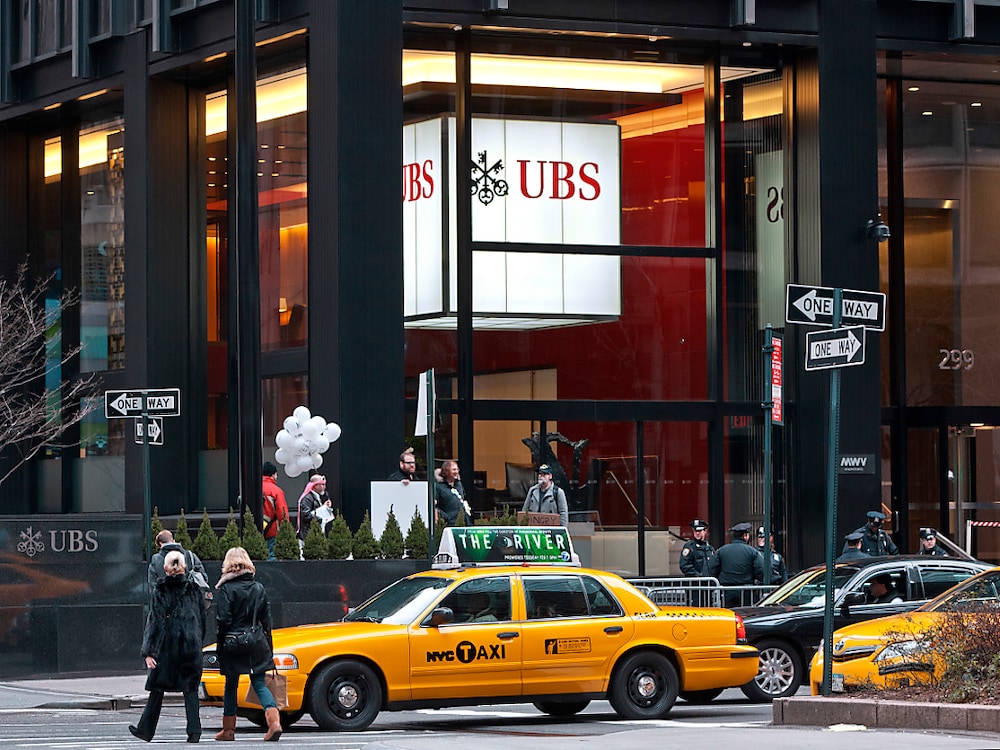 The US Department of Justice filed a lawsuit against UBS in a dispute over securities transactions on the US real estate market ten years ago in the pre-financial crisis. The bank, according to an insider, has refused to settle nearly two billion dollars.

The US government accuses the Swiss bank of cheating on the sale of dangerous billion billion mortgage-backed securities (RMBS). The financial house has cheated investors about risk.

US authorities demand federal law an unspecified fine that will allow them to impose sanctions up to the amount the bank received or was lost due to alleged misconduct.

The bank is accused in Brooklyn District court complaints from scam investors about the quality of $ 41 billion in subprime mortgages and other high-risk mortgage loans. 40 offers of securities should be affected.

US accusations: priorities were wrong

Prosecutor Richard Donoghue said investors had suffered "catastrophic losses" because the bank did not fully disclose the risks of mortgage securities. The United States blames UBS for having a corporate culture that prefers profits rather than full transparency to investors.

The fourth lawsuit quotes, among other things, the UBS mortgage worker who complained to his superiors about the bank's ethics in 2006, including "lying is okay."

In the background, there are controversial securities transactions in 2006 and 2007. Although UBS itself did not provide more credit for the US over-heated property market at that time. Like many other banks, this mortgage has been associated and sold.

The US authorities consider it proven that the institutions have contributed significantly to this global financial crisis by including these securitisations. When the market crashed in 2008 and 2009, complex securities became virtually worthless.

The court was handed in after UBS rejected the US government's proposal to settle nearly two billion dollars, a person familiar with Reuters interviews said. UBS spokespersons and US Department of Justice spokesmen declined to comment on settlement agreements.

The bank said it would fight the court. The claim by the Ministry of Justice was not confirmed by facts or by law, the bank said in a statement. UBS is convinced of its position and is well prepared to defend itself in court.

Above all, UBS wants to defend itself against charges of fraudulent intent. On the one hand, it claims that the institution was not a major publisher of US mortgages. In addition, she suffered massive losses from mortgage investment in the US when the real estate market collapsed. This fact in itself contradicts the conclusion of deliberate fraud by UBS.

UBS is the latest global bank to be unable to rule out this inheritance. Large banks around the world have been accused of misleading US customers selling unnecessary mortgages. It was a trigger for the financial crisis ten years ago. Others, such as Credit Suisse, Citibank or Deutsche Bank, have agreed on billions.

If UBS went through the process, the facts would be cleared for the first time in court. Given that this is a civil action and not a criminal case, a large bank would have no restrictions in the US. It's just about money.

At the end of October, CEO Sergio Ermotti stressed that UBS had no time pressure on the open legal case. From the bank's point of view, fairness and unsuitable requirements would not be accepted by one. In other smaller cases with RMBS, however, the bank has agreed in the past.

In his books, UBS still has billions of money in court. Provisions for litigation, regulatory and similar issues were $ 2.31 billion at the end of September. However, market experts have always considered that RMBS's provisions are too deep.

Other open litigation could cost a dear bank. In France, UBS is currently expected to be in court before November 15, to defend itself against charges of money laundering and illegal recruitment. The French state is demanding a refund of € 1.6 billion. In July 2014, UBS deposited a deposit of 1.1 billion euros.

UBS shares closed in European trading on Thursday with a 1.3 percent increase. (SDA)