Vote on the request for the Winter Olympics 2026

November 13, 2018 Sport, switzerland Comments Off on Vote on the request for the Winter Olympics 2026 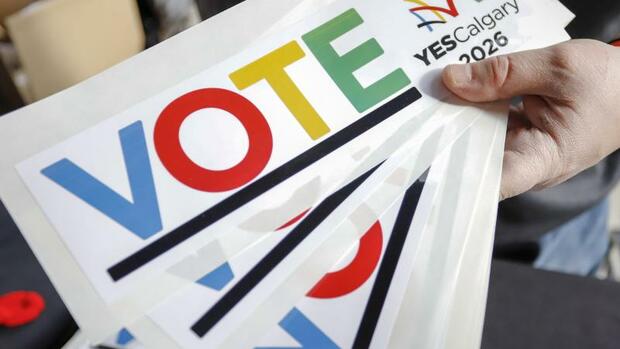 The result of the vote is not binding. However, this month, the City Council expressed itself in the face of funding problems, and only against the termination of the application. The defeat of Olympic attorneys is likely to result in a bid to fall.

When will the decision on the organizer drop?

The plenary session of the International Olympic Committee will decide on the organizer on June 24, 2019 in Lausanne. In October, he won the IOC in addition to Calgary Milan / Cortina d Ampezzo and Stockholm. The subsequent ambitions of Buenos Aires were rejected by the IOC President Thomas Bach.

And what about competitors?

Bach had previously praised Milan's Milan and Cortina's Italian initiative during a visit to Rome, although unlike the past, they can not build on state guarantees, but only on the financial support of the regions. In Stodol, the National Olympic Committee supports the request but lacks political support. To make it even worse, the slow government formation in Sweden will be added.

What opportunities does Calgary have at international level?

Good. After the adventures in Sochi 2014, Pyeongchang 2018 and Beijing 2026 the IOC announced the return to traditional winter sports. Calgary would fulfill this condition. Plus for Canadians is the successful hosting of 2010 Vancouver Winter Games. And in 1988, Calgary has already shown he can play games. The ice hockey tournament would certainly be a festivity in a nation crazy for this sport.

And what about German application?

1936 with Garmisch-Partenkirchen (matches in Squaw Valley, USA), 1992 with Berchtesgaden (Albertville, France), 2018 and 2022 with Munich (Pyeongchang, Peking, China). Currently, there are no specific, publicly known aspirations for the application. However, as part of the future strategy for organizing major sports events for which one million euros will be deposited in the federal budget in 2019, the theme of the Olympic Games will soon return to the agenda.