Economist commented on important figures: At what price?

November 12, 2018 Ekonomi, turkey Comments Off on Economist commented on important figures: At what price? 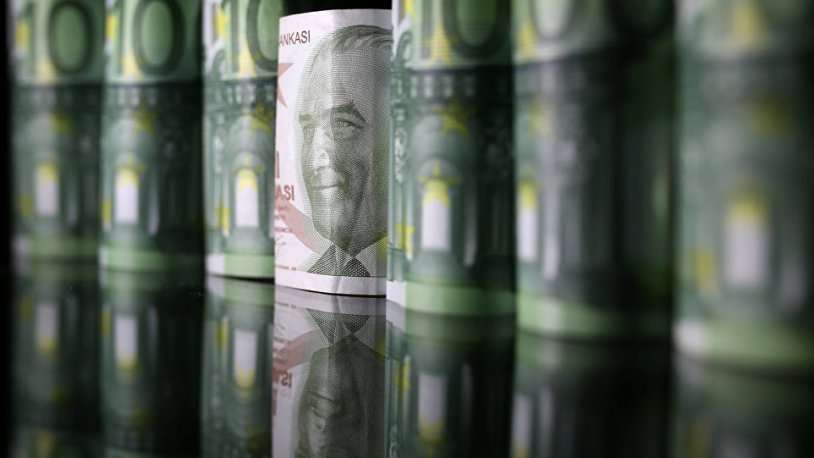 "Turkey's statistical institute (TSI), according to the latest data, increases Turkey's exports, it falls on the corresponding imports and hence the trade deficit is decreasing. The narrowing of the trade deficit allows for a reduction in the deficit.

First of all, we should use the data of TurkStat. According to the table, exports have increased compared to last year. On the other hand, it appears that imports are in a general decline and as a result of these developments, the external trade deficit is decreasing.

In the last month, this situation turned out to be the last month: exports grew by 22.4 percent in September, while imports fell by 18.3 percent and the foreign trade deficit fell by 77.1 percent.

This outlook is also reflected in the ratio of export coverage. In September, the share of exports to imports rose to 88.5 percent, a record high.

If we look at the growth of growth from the decline of the first view to the development of such pleasure, to understand whether it is a little more detailed, we need to carry out a deeper analysis.

First, we define some terms that we use in this analysis:

Foreign trade deficit: It is the difference between export and import. If the country imports more value than the value of the goods it exports, the balance of payments in this country means the foreign trade deficit. Turkey has an economy that has traditionally opened up trade. The external trade deficit is increasing in times of high economic growth and economic growth and vice versa. Since a large part of the inputs used in production in Turkey (65%) consists of imported goods. The higher the economic growth, the higher its production, the higher its production, the higher the deficit of foreign trade. Foreign exchange is one of the important factors influencing foreign trade. Since TL is depreciated against foreign currencies and especially against the dollar and the euro, which is the export and import currency, exports and imports have increased.

Terms and Conditions: This is the amount of goods purchased and the exchange rate of the goods. By comparing the prices of goods purchased and sold in a given period, the loss or profit can be measured in that period.
Value Index: This index is used to measure changes in total export and import values. The base year dollar values ​​are used to calculate value indices. The value of the base year index used by TurkStat is considered to be 2010 = 100. The fact that the index is higher than 100 means that the value of the export or import is higher than the base year value and that it is lower.

Quantity Index: It is an index used to display changes in the amount of export and import. In this, the base year is considered to be 2010 = 100 and the index over 100 means that the volume of exports or imports is higher than the base year and lower is lower.

Terms and Conditions: the index of the export value is obtained according to the ratio of the import unit value index. Foreign trade is more than 100; foreign trade goods compared to the base year to sell cheaply, cheap for the country in favor of the situation, below 100 is the situation against the country.
Let's look at the summary of the foreign trade index table for September 2018 issued by Turkstat on 9 November 2018.

The table shows that the unit export index decreased by 2.3 percent compared with September 2017, while the unit value index of imports increased by 2.6 percent over the same period. In this case, each balanced unit exports less money, and each imported unit pays more.

In this case, how did the decreased export decreased imports? The answer to this question is also hidden in quantitative indexes. Although the export index of the table increased by 25.2%, the import quantity index decreased by 20.3%.

Taking into account the value index and the quantity, we understand that we have increased our exports by selling more goods at cheaper prices. Imports are the opposite. We have received much less money. "