Karaman: "It's hard to accept" 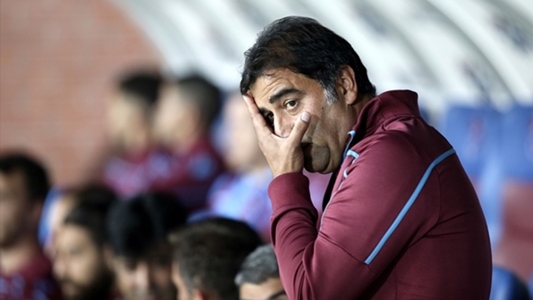 Trebzonspor coach Ünal Karaman, against a new defeat of Malatyaspor 5-0 is hard to accept defeat, he said.

Trabzonspor, the Super League in the opening game week of the week, almost caught. The Black Sea Team, the new defeat of Malatyaspor was defeated by a 5-0 defeat.

Bordeaux's Ünal Karaman had to come off the bench beIN Sports &explanation.

Karaman said he did not deserve this result when the game was on the pitch, "the first 2-0 second game defeated the entrance, but the other half of the field was convinced we could turn this match in us." he said.

An experienced technician who said the target they ate at the beginning of the second half was very impressive: "Of course we can not accept it, it is a very difficult result for us.