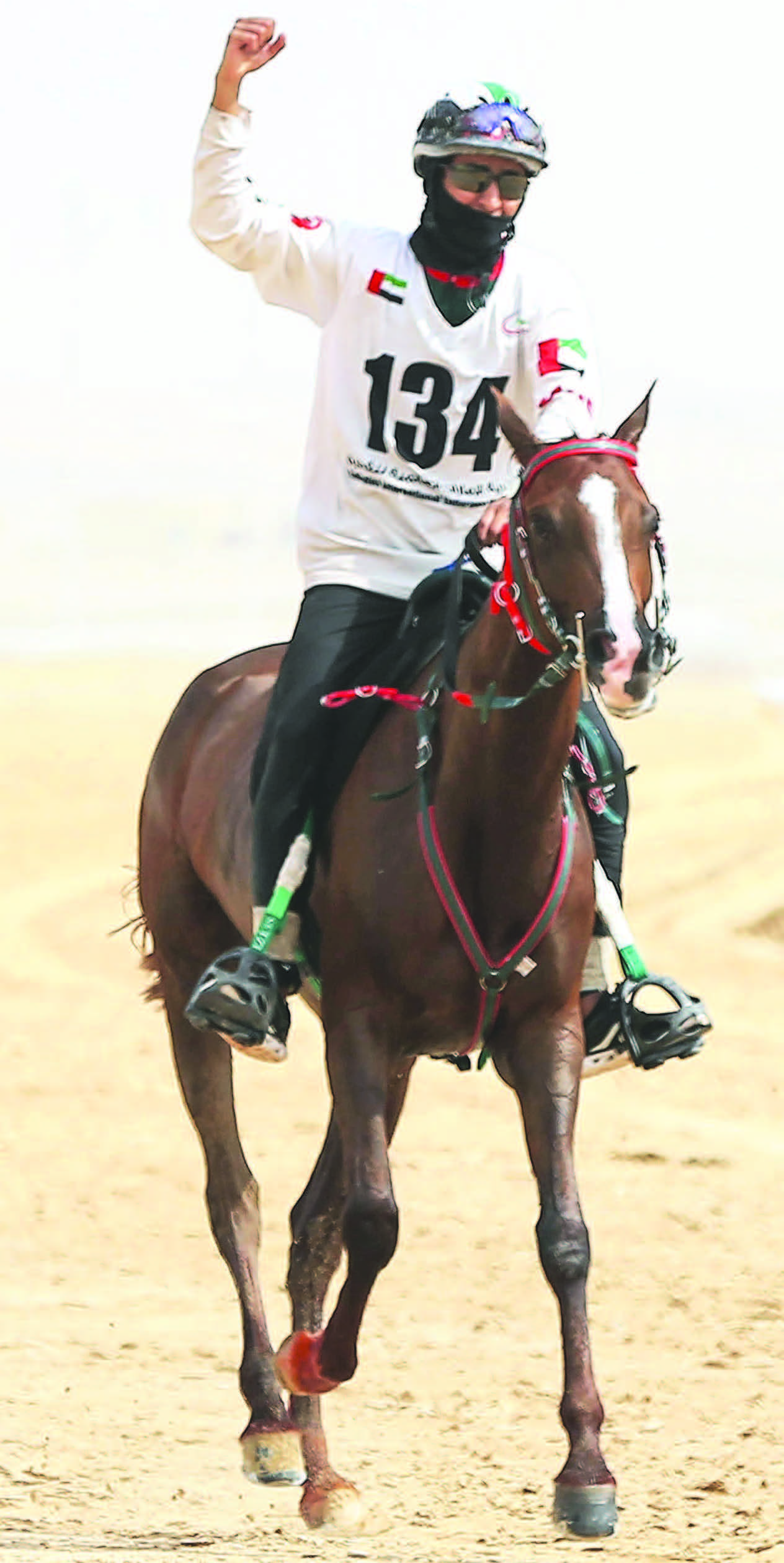 Al-Ghailani won the title from behind, and after a sharp Manderh ride, led by Majid al-Jahuri, recorded 4:16:15, Abdullah Ghanem Al-Marri finished second with Slagger from the F3 stables. , Under the supervision of Khalify Ghanem Al Marri, recorded a time of 4:17:17 and finished third in Issa Radwan Ghilani, on the horse "LM Trimindo", from the stables "Commandos", under the supervision of Harry Senga, record time 4:22:59 Hameed Obeid Al Kaabi, on his way to Ounzo, from Stables MRM, led by Bhavar Sang, recorded a time of 4:25:08 hours.

The winners are crowned

Stages of the race

Mansur Al Farsi managed to reach the top in 2:39:41, Ghaith fell to second place at 2:39:45 and came third after the same time of arrival of Sheikh Hamad bin Dalmuk Al Maktoum on the stables of Racha for the M7 stables at 2:39:58 and Mohammed Juma Al Muhairi at Everest at the Dabawi stables.

The situation did not differ much in the third phase, during which Mansur Al Farsi managed to keep the lead at 3:34:17 and Abdullah Ghanem moved second to Slagger from the F3 stadium,: 36:31 hours and third place Mohammed Ahmed Ghana on horse «Kassel Bar» from «F3» at 3:39:07 pm and fourth Ghanim Said from the same stable on horseback «Tom Jonis» at 3:40: 10 hours.

The Wathba Challenge winner, Abdul Rahman Al Ghailani, was the first in the United Arab Emirates to take part in a number of races that he did not agree with and considered it a great victory and a joyous event in his career. Al Ghailani described the race as difficult, he added that difficulty was first in the hot weather, compared to race and travel, doubled the difficulty, the participation of a large number of powerful horses and knights was distinguished.

Al-Ghilani pointed out that the Persians Menderes had confirmed their strength by winning the race title because they prevailed and stood in hard times and strong competition among competitors.

Al-Wathba coach Majid Al-Jahoori agreed with the race champion and said it was difficult to point out that he had calculated his lack of full horse preparedness because the season is still in his infancy so progress has not been accelerated. From Persian leadership without fatigue and pressure, Rohra predicted that the upcoming races would be stronger.