At the end of the meeting I was constantly looking at the scoreboard.

March 23, 2019 ukraine Comments Off on At the end of the meeting I was constantly looking at the scoreboard. 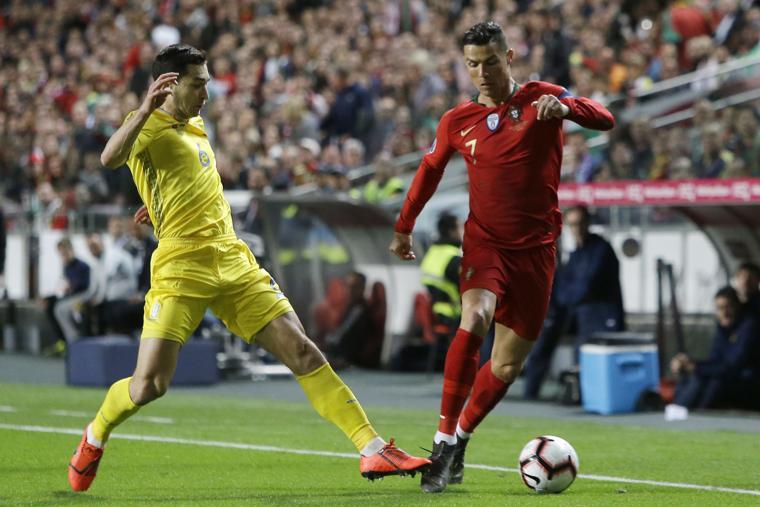 Stepanenko: At the end of the meeting I was constantly looking at the scoreboard.

Ukrainian midfielder commented on the drawn match with European champions. Defensive midfielder of Ukraine's national team Taras Stepanenko shared his thoughts on the yellow-blue match against Portugal and said how difficult it was to play against Ronaldo and the company.

"It's a tough game. There were lots of overhangs, shots on goal.

"At the end of the meeting I was constantly looking at the scoreboard. It is clear that we sat low and allowed Portugal to set standards. In the end, we were wrong in the position and allowed us to make a good moment at our gates. I think the result is good for us. "

"Portugal is a high-level team. It is clear that they were keeping up. I'm not saying it's very high, but we kept it. I can't say we're physically dependent on us. Zinchenko talked to Bernard Silva, saying he was tired and Ronaldo was very angry.

"Ronaldo? There was no special installation to play with him. There was a command installation that talked about playing with the team. Ronaldo wasn't personally said. Everyone knows his strong qualities. He beat the goal and put everything. . ”

Congratulations on your debut. He tried very hard, he could score a goal.

"Next we have a match with the leader of the group – Luxembourg. That's not funny, because Luxembourg is a really good team.

We offer you video from the match Portugal – Ukraine.