November 9, 2018 ukraine, Бизнес Comments Off on In the SFS they said how many cars to "Eurovillahs" brought to Ukraine this year 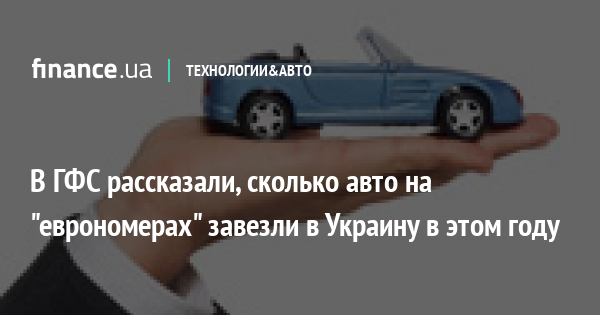 The State Fiscal Service reported that since the beginning of 2018, more than 200,000 foreign registered cars have been delivered.

See also: How the cars will be cleaned by the evronomer

According to fiscal data, from the beginning of 2018 (1 November), 173 thousand personal and commercial purposes with foreign registrations under the "transit" regime and 53.1 thousand were imported into Ukraine. – under "temporary import" arrangements.

With vehicles imported this year under the "transit" regime, 122.2 thousand vehicles with foreign registrations in Ukraine are violating the deadline.

In addition, it should be noted that while there is no "temporary import" statistics, because the period of stay of these vehicles has not yet ended.