March 4, 2019 ukraine Comments Off on Medvedev called the electoral campaign in Ukraine "hard and dirty" / GORDON 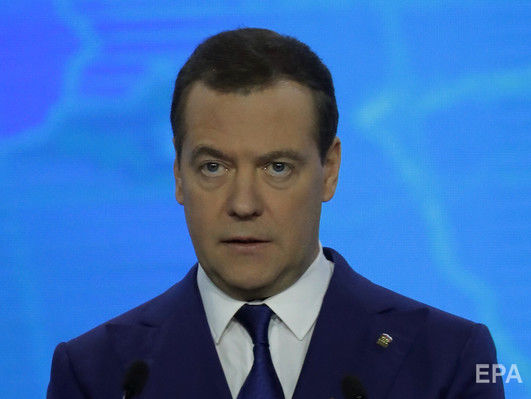 Ukrainian authorities "have something to hide", so they did not allow Russian observers to watch presidential elections, Russian Prime Minister Dmitry Medvedev said.

Russia doubts whether the presidential elections in Ukraine will be fraudulent and whether the success of one of the candidates will be fair and legitimate. This was said by Russian Prime Minister Dmitry Medvedev to the Bulgarian newspaper Trud. The interview was published on March 3, its translation was published on the website of the Russian government.

"In Ukraine, there is a tough, dirty electoral campaign for the presidential election. We are watching, we in Russia do not understand who you can talk to in Ukraine, but in any case we will respect the selection of our neighbors, the selection of Ukrainians," Medvedev said.

In his view, the campaign is the most flagrant violation of generally accepted democratic standards in Europe.

One of the "obvious violations of Ukrainian citizens' electoral rights", according to Medvedev, was the closure of the polling stations in the diplomatic and consular institutions of Ukraine in Russia. "About 3 million citizens of Ukraine living and working in Russia have lost the opportunity to vote," the prime minister complained.

Secondly, he stressed that Russian citizens are forbidden to participate in election observation as well as in the composition of OSCE monitoring missions. "This is a serious violation of our own international obligations by Ukraine, which is extremely rare in practice." Of course, the control mode is hidden, "Medvedev said.

The election of the President of Ukraine is scheduled for March 31st.