November 29, 2018 ukraine Comments Off on The buyer will now find it difficult to attract the oil market 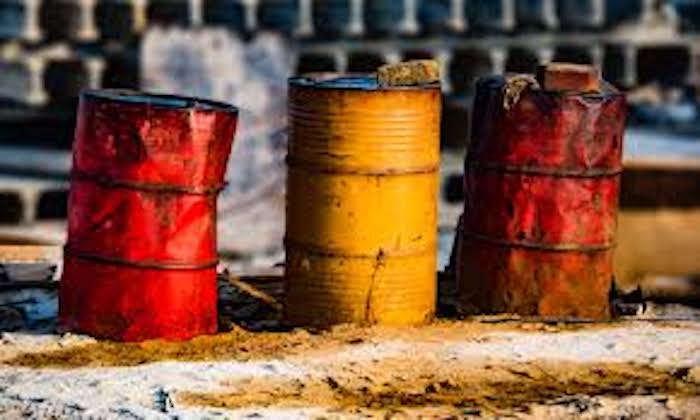 Analysts believe that buying oil is now profitable, but so few people have the courage to actively invest in a depreciated asset.

The executive wave of sales "smelled" market speculators that were previously exposed to price increases. Traders unexpectedly encountered a huge influx of supply and signs of weakening global economic growth. But even the potentially positive events that appear on the horizon can not force investors to leave the shelter.

"Only four weeks remain by the end of the year, and most managers are simply inactive, few want to risk their money in the light of the latest news and upcoming events." – comments Tariq Zahir, an analyst at Tyche Capital Advisors.

Part of the uncertainty stems from a macroeconomic environment in which investors can not figure out, Goldman Sachs analysts say. This week, bank experts wrote that collapse in the commodity segment would not be long, and eventually investors would return to the long-market market.

"Uncertainty in the trade war, anti-Iranian sanctions suppressed relief and pressure on US prices prevented players from accepting positions based on basic market factors," Goldman explains.

According to some experts, all these fears are greatly exaggerated and sales are too aggressive due to the massive liquidation of buying positions. According to CFTC, net long-term futures on WTI last week reached a minimum level for more than a year. Growth rates have fallen by more than 50% over the end of January.

Now there are no factors in the market that could push oil for recovery. In addition, with the onset of fresh negative news, pressure on prices may increase, says Donald Morton, vice president of Herbert J. Sims & Co. One of these starts may be the upcoming G20 summit in Argentina, where leaders of Saudi Arabia, Russia and the USA will be present. However, trade negotiations between the US and China in the context of economic growth prospects and global demand for oil may also have an impact on the oil market.

Another potential source of increased volatility is the OPEC + Summit, scheduled for 6 December in Vienna. Saudi Arabia is working on a plan to revert to a production cut of about 1 million barrels per day. Analysts, however, doubt that Russia, which is now producing at a record pace, will take part in trade. Oil production in slate deposits in the US also exceeds expectations, increasing pressure on the world market for black gold. According to the energy ministry, last week, production in the United States remained at a record level of 11.7 million barrels per day.

Oil stocks grew in the tenth week in a row and again highlighted the supply of supplies on the world market. OPEC Monthly Forecasts of World Demand in 2019 have recently been revised downwards. In November, the estimate was reduced from 1.45 million barrels per day to 1.29 million barrels.

As the Saudis themselves allow a reduction in production of 1 million barrels per day, the OPEC + group may announce a more solid figure. Otherwise, producers will have to face another price collapse, TD Securities analysts warn.

How the collapse in oil prices will affect Russia, the global economy, inflation and the policies of leading central banks