November 21, 2018 ukraine, Украина Comments Off on The UN called the number of civilians killed in Donbass in October 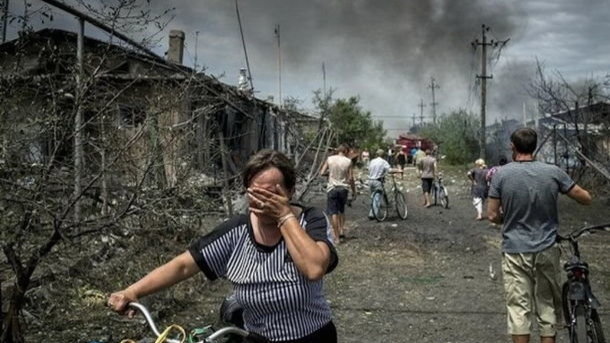 In Donbass, 13 civilians were injured in October

This is stated in the organization's report.

"The OHCHR recorded in October 18 civilian casualties (five killed and thirteen injured). In general, it turned out that 61% of victims were victims of mine and accident accidents, – he said in the document.

On Oct. 18, a Gold-5 married couple was fired between the military position of the Gold-4 conflict party. The man immediately died, the woman was injured and asked for help. But because the area where she lay was mined, no one could help her, and she soon died. Their body could be evacuated until the sixth day after the tragedy.

On October 23 near the village of Zheleznoye, two repairers who were coming back from the water supply site were injured when their tractor hit the mine.

Appeal in 2017 The UN called the shocking number of war victims in Donbass. More than 34,000 civilian casualties, the Ukrainian army and members of the armed groups were reported.

Also, "Today" wrote about as residents of Donetsk consider their life as a concentration camp. Donetsk residents say the recent actions of militants have survived a cup of patience. People can not resist bullying, sell housing for a penny and leave.

The conflict in eastern Ukraine began after the invasion in April 2014 of Russian troops in the Ukrainian territory across the border in parts of the Donetsk and Lugansk regions. It happened after Russia illegally joined the Crimea in March. Given that Russia in any way denies its attitude to the conflict, the war seems to have not been announced. At the same time, the world community represented by the European Union, the United States and many other countries condemns the aggressive behavior of the Russian Federation and does not recognize the connection with the Crimea. Russia regularly recruits local militants, transfers them to them, and also sends their army to the east of Ukraine.

You are just looking at reports "The UN has issued new data on the victims in Donbass." More Donbass news, see block "Latest News"