February 23, 2019 unitedkingdom Comments Off on Street-based crises of obesity such as 5809 takeaways to open in just three and a half years

Rosie Boycott, manager of the Food Foundation, urges the government and the food industry to join together to deal with a scandal that could have a fatal impact on our lives …

Food is the biggest health challenge of our time. Almost 20 percent of deaths worldwide are caused by unhealthy dietary choices, and eating is the second highest risk factor for early death after smoking. But while people can stop smoking, food is more complex – everyone needs to eat.

Britain has developed a system that has fed us and has become a highly efficient, highly technical, profitable and interconnected web of companies and organizations that enable us to bring attractive food to our tables at low prices.

But we can not deny the damage that the food system does to our health: what we eat kills us.

Ten percent of five-year-olds and 20% of eleven-year-olds are obese; 3.1 million people in the UK are registered with diabetes (from 2.4 million in 2010) and diabetes amputations have increased by 25 percent over the last eight years. These are diet-related diseases – we are not eating food that is good for us.

But for the four million children in the United Kingdom, a healthy diet – defined by the government as five fruits or vegetables a day with food based on starchy foods such as potatoes, some dairy products, beans, legumes, fish, eggs, meat, etc. – is inaccessible.

What's more, the food environment in which we make decisions about what we eat, especially those living in poor areas, is extremely unhealthy.

We are sad that our chances are unbearably stacked against us.

Disease-related illnesses are not the result of a personal will failure – such as the inability to withstand more chocolate – but the failure of political will. Subsequent governments have failed to create a system in which we can choose to protect our health rather than damage. 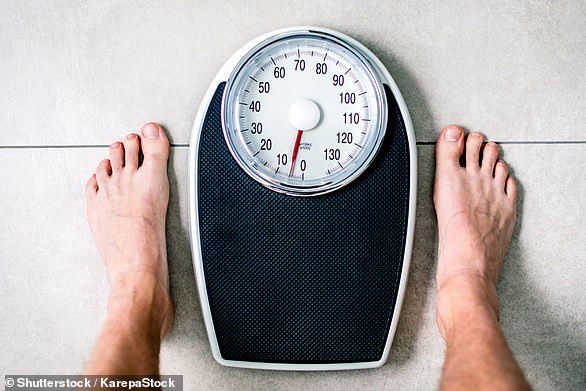 Nearly 20% of deaths worldwide are due to unhealthy food

Even if we get out of the front door and decide what to eat, we are influenced by the mass media. Almost half (46%) of all advertisements for food and beverages are meant to encourage us to buy sweets, snacks and non-alcoholic beverages. By contrast, only 2.5 percent of spending on advertising for food and drink comes from fruit and vegetables.

Data from the Broken Plate report from the Food Foundation think tank show that one of the four places to buy food is fast food. Indeed, unhealthy options are much easier to access, carefully marketed to make them more attractive and affordable.

We know that easy access to piles of meals and fast food stores is linked to the likelihood of overweight or obesity. We also know that neglected areas often have more of such stores than richer districts.

Another problem is that choices are influenced by the fact that unhealthy foods are calories for calories, three times cheaper than healthy choices.

We need a systematic change on a massive scale, but we will not get it without a vision from the government. There must also be leaders from the food industry. Companies can no longer claim to simply satisfy customer demand: they have to play a key role in shaping this demand.

We urgently need measures to balance healthy nutrition. We must stop marketing unhealthy food and spread this creative energy into healthy products. Our post-Brexit agricultural policy should include public funding for the sale of fruit and vegetables.

With regard to fast-food outlets and retail chains, it has to commit itself to offering healthier products. Redrafting VAT on foods that would prefer healthier choices would help improve the availability of better quality food, which would mean putting an end to the price promotions of unhealthy products.

Many initiatives are already leading the way. The Dutch supermarket chain Marqt, for example, became the first to ban the marketing of unhealthy children's products. And this year, the Food Foundation established Veg Power and the #EatThemToDefeatThem advertising campaign for ITV to give kids more vegetables.

All this shows that radical change is possible. However, it is up to legislators to withdraw from food policy to take action. The government and the food industry must come together to deal with a scandal that could have a fatal impact on our lives.