“Mr Nguyen Duc Chung ordered confidential documents to be obtained because a family member was involved in the case.”

November 21, 2020 vietnam Comments Off on “Mr Nguyen Duc Chung ordered confidential documents to be obtained because a family member was involved in the case.” 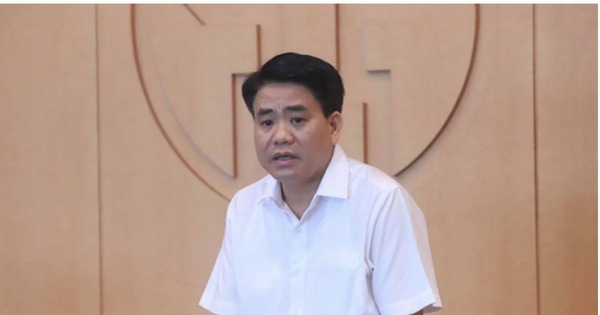 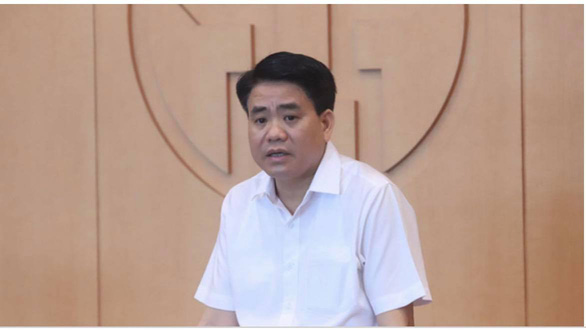 Mr. Nguyen Duc Chung when he was Chairman of the People’s Committee in Hanoi – Photo: XUAN LONG

According to records, on 14 May 2019, a police agency investigating the Ministry of Public Security prosecuted the criminal proceedings of “smuggling; breaches of accounting regulations with serious consequences; money laundering; in Nhat Cuong Trading and Service Co., Ltd. and a number of related units (the “Nhat Cuong case”) violated bidding regulations, including investigations of family-related persons. Mr. Nguyen Duc Chung.

Mr Chung became acquainted with the accused Pham Quang Dung (Officer C03), raised the issue of collecting some case documents, and defendant Pham Quang Dung agreed to collect, provide information and documents on the situation. , progress and results of the investigation of the Nhat Cuong case.

Dung then used the requisitions to help investigate the Nhat Cuong Company case, obtain information and documents to which he had access, or to take documents and reports to other officers’ offices.

The results of the investigation found that from July 2016 to June 2020, defendant Pham Quang Dung repeatedly collected and appropriated many documents related to the case.

Use of science and technology to commit crimes

The investigation concluded that the “appropriation of state classified documents” in Hanoi is very serious, the complex, appropriated documents of corruption cases, especially serious ones, are of concern to public opinion within the Central Steering Committee for Monitoring and Managing the Fight against Corruption.

The defendants are officials who have worked in legal protection agencies, have experience, are familiar with the law and are experts in crime prevention. That is why there are very sophisticated crimes – thorough use of advanced sciences and technologies, the Internet to commit crimes, erasing tracks, hiding criminals, causing difficulties. towels for case investigation.

The investigation concluded that in this case, Mr. Nguyen Duc Chung is playing an uncle and a leader. Due to his involvement in the Nhat Cuong case, Mr. Chung proactively raised the issue and accused Pham Quang Dung 5 times to collect 9 documents from the “Confidential” list of state secrets concerning the Nhat Cuong case.

The results of the investigation determined that the accused Pham Quang Dung twice handed over to the accused Nguyen Duc Chung 6 documents on the list of state secrets at the level of “confidential”. Defendant Nguyen Duc Chung committed the crime of “appropriation of state secret documents” referred to in Article 337 (3) of the Criminal Code in the role of leader and leader.

During the investigation, defendant Nguyen Duc Chung confessed and clearly stated his crime. During his working hours, he was repeatedly praised and rewarded at all levels for his outstanding achievements, especially for winning the title of Hero of the People’s Armed Forces in the doi moi era; history of cancer. Proposing judicial agencies to consider and apply circumstances leading to a reduction in criminal liability

Dung actively collaborated with the investigative agency to clarify the crime of himself and those involved. In particular, before the crime was discovered, the accused Pham Quang Dung confessed.

TTO – The Security Investigation Agency has completed an investigation into the “Detention of State Secret Documents” case and referred the case to the prosecutor’s office to propose the prosecution of Mr. Nguyen Duc Chung, former chairman of the Hanoi People’s Committee. with 3 accomplices.