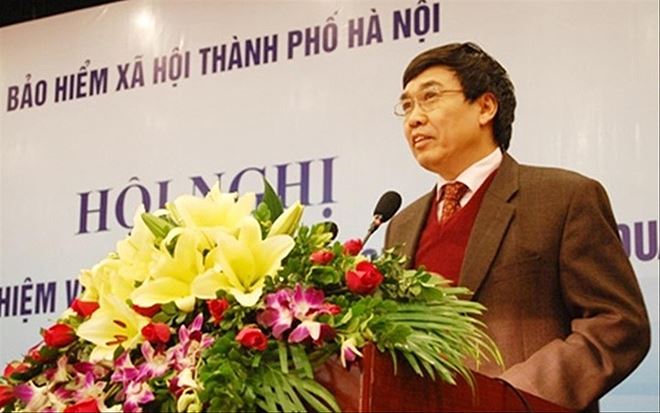 By the end of 2017, the CSI – Ministry of Public Security prosecuted two cases in Vietnam Social Insurance and Vietnam Debt Trading Limited. These are cases identified by investigating cases of the second-instance case of Vu Quoc Hao, former CEO of Finance Leasing Company 2 (ALCII) and co-founders (In 2016, Vu Quoc Hao was released by the High People's Court in Ho Chi Minh City, misappropriation of property and deliberate acts). At the same time, the European Commission accused it of investigating intentional violations of government regulations in the area of ​​economic governance, which has had serious consequences for Nguyen Phuoc Tuong, the former head of the Financial Planning Department, Vietnamese Social Insurance. Previously, the Political Economic Committee was led by Tuong as an alert, as in his time as head of the finance management department, the Financial Planning Department had malfunctions and failures. .

After the period of evidence gathering, the EC issued a decision on the prosecution of the accused, the enforceability of the arrest warrant and the search warrant on 9 September: Le Bach Hong, former Deputy Minister, Vietnamese Social Insurance Director; Nguyen Huy Ban, Former Director of Vietnamese Social Insurance; Tran Tien You and Hoang Ha, Former Head of Planning and General Planning and Finance Ministry, Vietnamese Social Security. All four of the defendants were investigated for deliberate conduct contrary to the State's rules on management, which caused serious consequences as provided by Article 165 of the Criminal Code of 1999. The Ministry of Public Security also Or the investigative body's investigative decision was approved by the Supreme People's Public Prosecutor's Office.